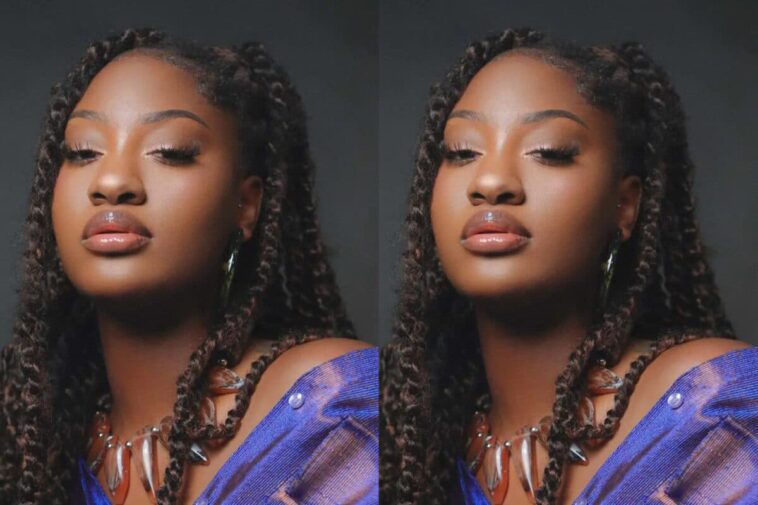 Temilade ‘Tems’ Openiyi has received an Oscar nomination for ‘Lift Me Up’, which served as the lead single from the soundtrack of ‘Black Panther: Wakanda Forever’, in the ‘Best Original Song’ category of the 2023 Academy Awards held on January 24, 2023

READ ALSO:  Mercy Aigbe Celebrates ‘The Man Of Her Dreams’ On His Birthday

The song titled ”Lift Me Up” was written by Tems, Oscar winner Ludwig Göransson, Rihanna,  and Ryan Coogler.

Voting for the 2023 Oscars will run from March 2nd -7th. The 2023 Oscar award is set to hold on Sunday, March 12 at the Dolby Theater and it will be hosted by comedian and talk show host Jimmy Kimmel.

Temilade Openiyi is a Nigerian singer, songwriter, and record producer better known by his stage name Tems. On June 11, 1995, in Lagos, she was born to a Nigerian mother and a British father.

Tems claims that music is her happy spot and the one thing that truly comforts her. It followed that she would start listening to music.

When she was around 13, she made the decision to enter the world of music. She was already aware of her musical talent at the time, describing it as something that comes naturally to her in an interview.

Her teacher recognized her singing ability when she was in school and supported her.

Tem’s singing prowess has not only been recognized by the Nigerian music scene but also by American R&B superstar Chris Brown.

Chris Brown, who had been moved by her singing, gushed about her in a post to his Instagram Story in late December 2020, calling her “…so so so fire.”

She received several international invitations as a result of that fire, including one that took her and fellow musician Omah Lay to Uganda.