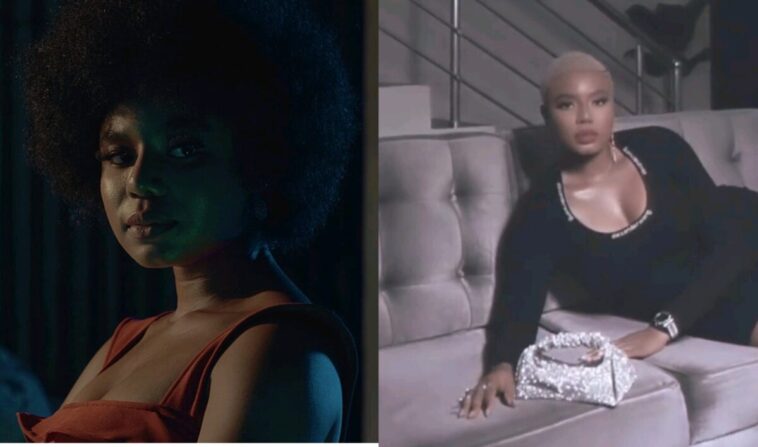 Nigerian actress Nancy Isime reacted to the viral x-rated video of a scene from her latest film, “Shanty Town” surfaced on the internet some hours ago.

The video of the scene, captures the screen goddess exposing sensitive parts of her body, has been widely shared on social media and has generated massive reactions from Nigerians.

The scene, which shows Isime’s character being forced into a state of undress by Richard Mofe–Damijo, highlights the vulnerability and exploitation faced by women in such situations.

READ ALSO:  “You hold a special place in my heart”- Ruth Kadiri celebrates daughter, Emerald as she clocks 6-months

The scene helps to portray the harsh conditions of life in the slums and the ways in which poverty can lead to exploitation and abuse.

Reacting to the insinuations and tongues wagging, Nancy Isime took to her Instagram page to reveal that the body is not hers but for her body double.

Mine aren’t that succulent😛😂😂😂😂

Enjoy our beautiful masterpiece, get the message from each scene and Focus on the right Focus!😛

Thank you so much for all the amazing reviews so far, I’m so glad y’all are watching and Loving Shanty Town.

Congratulations to the entire cast and crew!

It’s another Win for my darling Nollywood.

Shanty Town, a film set in Lagos, tells the story of a group of courtesans plots to break free from the clutches of a notorious criminal mastermind, but political corruption and familial connections make achieving liberty a daunting task.

Nancy Isime plays the lead role of the young girl, and her powerful performance has been widely praised by critics. However, it is the controversial scene that has caused the most buzz online.

Many viewers had taken to social media to express their opinions on the scene, with some praising its raw and realistic portrayal of life in the grit and hustle mentality of Lagos, while others have criticized it as exploitative and unnecessary. 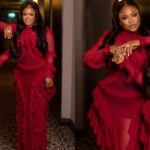