Wales goalkeeper, Wayne Hennessey, on Friday, 25th November 2022 became the first player to be shown a red card at the 2022 World Cup.

Hennessey was sent off for a horror challenge on Iran forward Mehdi Taremi.

The 35-year-old had, minutes, earlier made one of the saves of the tournament when he dived low to his left to deny Saeid Ezatolahi but turned villain soon afterwards following a rush of blood to the head.

Hennessey sprinted out of his goal in an attempt to deny Taremi but succeeded only in flattening the Iran striker with a flying knee.

The Nottingham Forest back-up keeper appeared to have earned a reprieve when referee Mario Escobar initially awarded him a yellow card before he was encouraged to visit the pitchside monitor and quickly reversed his decision.

Iran had been the better team throughout the contest and had a first-half goal from Ali Gholizadeh correctly ruled out for offside by VAR.

Carlos Quiroz’s side, who were booed ahead of kick-off while they sung their national anthem, came even closer with 20 minutes remaining when they hit the post twice within the space of a few seconds. 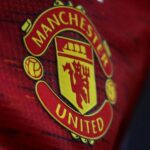