WWE stars have got to stick together, and it sounds like Dwayne “The Rock” Johnson is a real team player, and John Cena can attest to that.

Since John Cena and Johnson are former wrestling colleagues and rivals, the two have spent a good amount of time on screen together and have both gone on to have successful acting careers outside of the sport.

It would seem that the stars get along off screen because, apparently, Johnson has been more than helpful to Cena and the success of his multifaceted Hollywood career, starting with giving him advice amid his audition for Amy Schumer’s Trainwreck.

During a Q & A at the 2022 Comic Con in Wales, John Cena explained that it’s actually Dwayne Johnson he has to thank for his ever-rising success in the film industry after he gave him some solid advice ahead of his Trainwreck audition. Cena recalls that he was pretty nervous, though The Rock managed to ease his concerns with a simple suggestion:

[Dwayne Johnson] is one of the reasons I have life outside of the WWE. He gave me some of the best advice I’ve ever been given. I remember I got an audition for a small part in a movie called Trainwreck. It was a pretty thorough audition process, and I was very nervous because I’d never been through that before. And I was able to ask him like, ‘Hey man, do you have any advice?’ He said, ‘They asked you there for a reason, dude. Just be yourself.’ And he, in that one sentence, allowed me to calm down, allow me to be myself, which I’m really a goofball. And they allowed me to do that on screen naked. … He’s the reason I’m here.

It sure seems like The Rock is an expert at appearing calm, cool, and collected, so it’s really no surprise that he was able to give John Cena some peace before his audition. Not that Cena’s nerves didn’t make sense, though, because for a first “thorough” audition and the kickstart of his serious film career, a lot ended up riding on it. Thankfully though, Cena clearly killed it and secured the part.

The actor certainly appeared in other non-WWE projects before appearing in the acclaimed rom-com. He’d already appeared in action flicks like The Marine and 12 Rounds. Psych fans might remember him as Juliette’s buff brother, and he also had a number of cameos throughout his career. It was the previously mentioned comedy, though, that really made him a movie star and allowed the world to see him as a goofy, hilarious actor with some major potential.

READ ALSO:When Yansh Is Too Much”: Reactions As Burna’s Ex Stefflon Don Rips Her Pants While Shaking Backside at Event

In addition to being fellow WWE stars, Dwayne Johnson and John Cena are also both now in the DC universe with Johnson’s role as Black Adam and Cena’s Peacemaker even getting his own HBO series, spun off from James Gunn’s seemingly perfect The Suicide Squad. Cena probably wouldn’t have the impressive comic book role and his other film credits if it wasn’t for his smaller, comedic role in Amy Schumer’s 2015 romp, though.

Since Trainwreck, the Cenation Leader even joined the Fast Family in the 9th installment of the franchise, F9. His career is continuing to go strong, with a number of projects either finished or in the works. 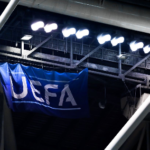 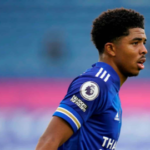