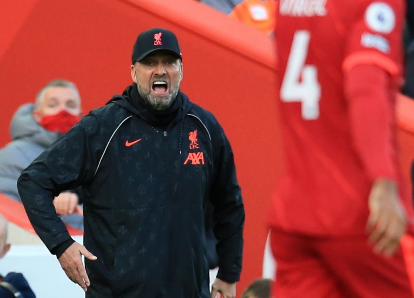 Liverpool boss, Jurgen Klopp has slammed his new striker, Darwin Nunez after the Uruguayan was red-carded during the Reds’ 1-1 draw with Crystal Palace on Monday night.

Nunez was shown a straight red card over a violent conduct that saw him headbutt Crystal Palace defender, Joachim Andersen.

Klopp said that the referee did not make any mistake in sending the striker out of the pitch, saying, “it is absolutely not the reaction you want to see,” from the striker.

Klopp did not defend the striker but insisted he should have done better despite being provoked by the defender.

Read also:Huge announcement as Chelsea agreed another sensational deal with world class defender
Asked how much Nunez let his team down, Klopp said: “He knows that now himself.
It is absolutely not the reaction you want to see. The challenge from the centre-back in the Premier League, they will do that to you. He is a handful himself. That’s not the reaction.” 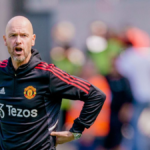 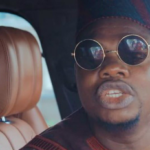