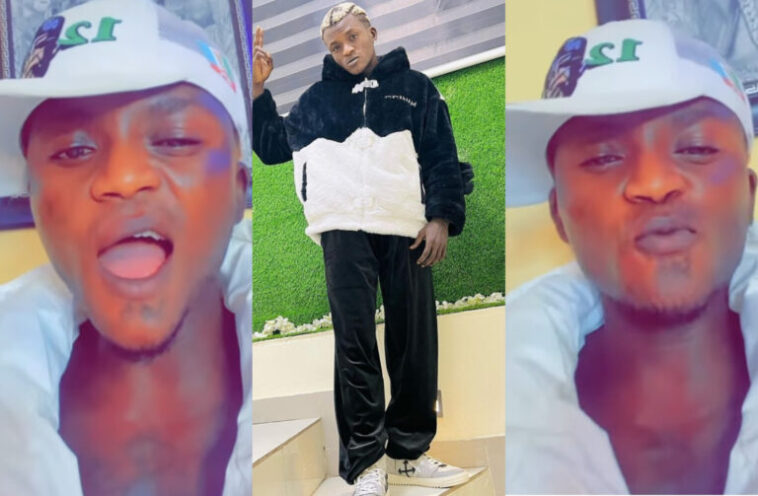 Fast-rising singer, Habeeb Okikiola popularly known as Portable has finally broken his silence on his humiliating disqualification from Headies 2022 awards.

The controversial singer infuriated many when he claimed he was affiliated with the notorious one million boys.

The ‘Zazuu’ crooner created fresh trouble for himself and his career when he emphatically claimed he was the one that formed one million boys and Ajah boys group.

The video generated angry reactions from Nigerians who called him out for his barbaric behaviour and unbridled tongue that would lead him to jail.

Following the shocking revelation, Portable had been disqualified by Smooth Productions, organizers of popular Nigerian music awards, The Headies.

In a statement released on Tuesday, July 26, the organizers condemned the controversial artiste for claiming affliction with the dreaded robbery gang known as ‘1 Million boys’

Part of their statement reads:

“We regret to announce that following numerous indicting statements made by Mr. Habeeb Okikiola popularly known as “Portable”, and the incessant negative attention that Mr Okikiola has garnered from the Nigeria Police and the general public in recent times, the organisers of the Headies have resolved to disqualify Mr Okikiola as a nominee at the forthcoming 15 Headies Awards.”

“The decision to disqualify Mr. Okikiola is accentuated by series of misdemeanor by Mr Okikiola via his social media platforms.

On the 25th of May 2022, he threatened to kill, harm or cause harm to the other nominees in the same categories of awards he was nominated for, if he does not emerge the winner, precisely;

“Those are my awards. Anybody else who wins, I will ask for them to be killed. I will ask them to kill the person. If the organizers give my award to someone else, they will die”. -Mr. Habeeb Okikiola.”

“On the 18th of July 2022, Mr Okikiola published a video on his social media platforms where he stated that he is the founder of the notorious cult group, ‘One Million Boys’.”

“The said group gained notoriety for maiming and robbing innocent Nigerians over the years. In his words, he said; “Have you heard of Ajah boys, One Million Boys? I established them. “

“Furthermore, on the 17” of June 2022, Mr. Habeeb Okikiola made a recording of himself where he ordered his group of friends to assault and inflict bodily harm on his accused friend, DJ Chicken. In his words, he said; “E na eleyi paa jo!” (beat him mercilessly!)”.

Rather than be remorseful about the disqualification, Portable took to his Instagram page to brag about his worth.

In a video posted on his IG, Portable stated that he has fans, people who will vote for him.

“I gat people, I know people, o got fans, I got 1m fans, Akoi competition, no ripping, ema fo owo ra award. What belong to me wouldn’t pass me by God’s grace. I got fans, my fans will fight and vote for me”.

In a follow-up post, Portable shared a video of him and his wife as he affirmed that he doesn’t regret his actions.

“I got talent I got God I got money I got fame I got wife I got children. God bless my family, I got motor, I got house, I don’t regret my actions”.

The fast-rising artiste was contending for the Best Street-Hop Artiste and Rookie of the Year awards, according to the earlier nomination list. 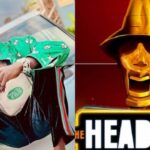 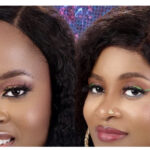