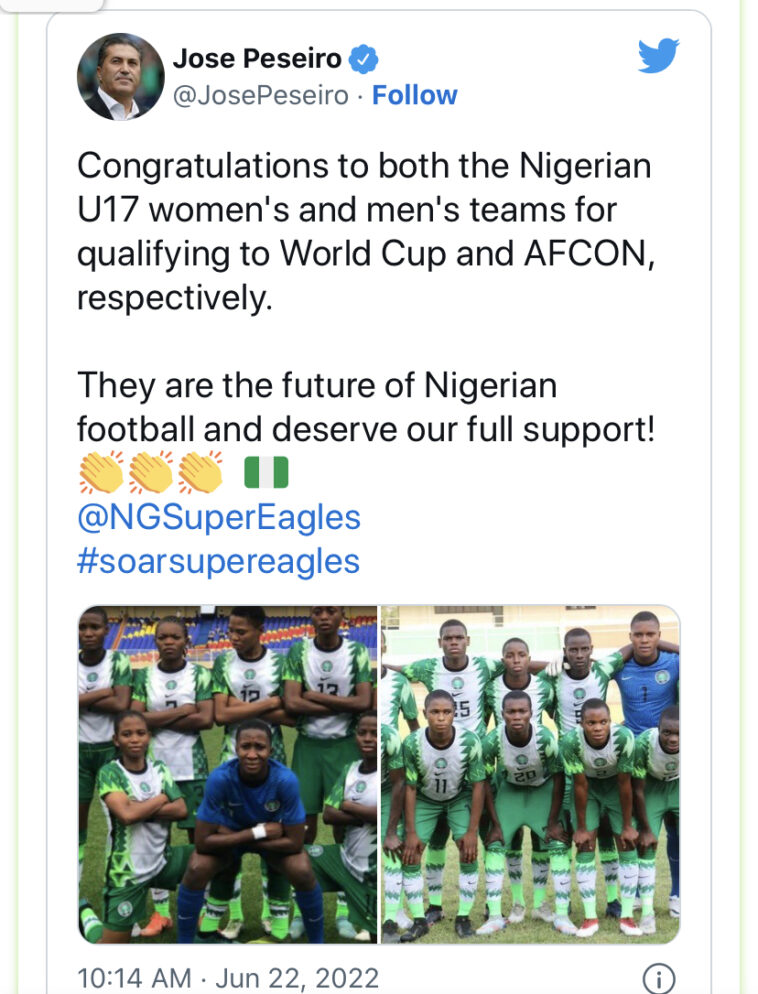 On Tuesday, June 21, five-time world champions, Nigeria booked their ticket to next year’s U17 Africa Cup of Nations in Algeria after coming from behind to defeat regional rivals Ivory Coast 3-1 in the semifinal of the WAFU B U17 Championship in Ghana

The Flamingoes are one of Africa’s representatives at October’s FIFA U17 Women’s World Cup in India after beating Ethiopia 1-0 on aggregate on June 4.

The three national teams in action this month have not lost any of their competitive matches, with the Golden Eaglets registering three wins on the bounce, the Flamingoes beating Ethiopia 1-0 before being forced to a goalless draw at home, while the Super Eagles recorded victories against Sierra Leone and São Tomé and Príncipe.

Pesiro has called on Nigerian fans to show their support to the Golden Eaglets and Flamingoes, saying they are the future of Nigerian football. 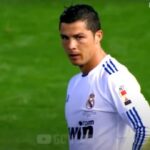 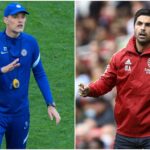