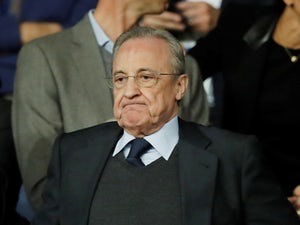 Real Madrid president Florentino Perez  has said that the club are not currently planning to make any more signings during this summer’s transfer window.

The La Liga and European champions have signed Antonio Rudiger on a free transfer from Chelsea, while Aurelien Tchouameni  has moved to Bernabeu in a big-money deal from Monaco.

Gareth Bale, Isco and Marcelo have left the club on free transfers, though, and Los Blancos continue to be linked with a number of players.

Perez has claimed that, at this moment in time, the Champions League winners are not planning to make any more signings before the end of the summer window.

“There will be no more signings, as of now. But then let’s see what is gonna happen, summer is very long,” Perez told El Chiringuito when asked about the club’s plans.

Real Madrid were widely expected to sign Kylian Mbappe on a free transfer from Paris Saint-Germain this summer, but the France international instead decided to pen a new deal in Paris.

Perez has refused to close the door on a future move for the attacker, with his contract in the French capital due to expire in June 2025.

“Real Madrid will be always open to buy players who understand that no one is bigger than the club,” said Perez when questioned on the World Cup winner.

“It was not easy for Mbappe to receive calls from the president of France to tell you not to leave the club. Then go to Qatar and they offer things that drive you crazy, probably things out of proportion. This is why Kylian has changed.

“I’ve never said it’s over between Mbappe and Real Madrid forever. I never said that. In three years, many things can change. But I don’t want this Mbappe. The last one is not the same Kylian we wanted. I wanted the real one.

“Kylian Mbappe did not betray me. Mbappe told us his dream was to play for Real Madrid, many and many times. But then all changed in 15 days because of political & economical pressure. His dream had to change.

“I think Kylian Mbappe’s mom wanted him to join Real Madrid, she knows it has always been Kylian’s dream. I’m sure she wanted Mbappe to join us, but things change and we have to respect. I still respect Kylian, absolutely.”

Perez has also confirmed that the club are close to reaching an agreement with Vinicius Junior over a new contract in the Spanish capital.

“We’ve no problem for Vinicius’ contract extension. We’re on it, no issues. He received some proposals but he always said: I only want to stay at Real Madrid. I’m 100% sure that Vinicius will be Ballon d’Or one day,” the president added.

The 21-year-old was a vital player for Los Blancos during the 2021-22 campaign, scoring 22 goals and registering 20 assists in 52 appearances in all competitions.

Vinicius is currently believed to be one of the lowest earners at Bernabeu and could be in line to triple his wages with the new agreement, reflecting his importance to the club. 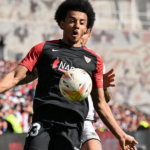