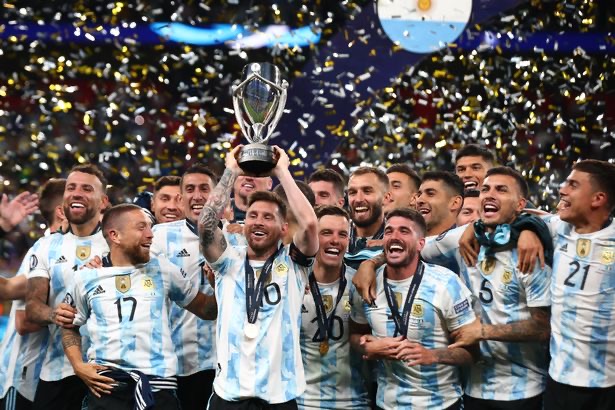 The showpiece clash – which pits the champions of South America and Europe against one another – took place at Wembley, with Argentina running out 3-0 winners over Italy. Messi bagged a brace of assists in the win, with Lautaro Martinez, Angel di Maria and Paulo Dybala all finding the net for Lionel Scaloni’s side.

Wednesday night’s match marks just the third time that the winners of the European championship and the Copa America have met; Argentina won the most recent meeting back in 1993 when they bested Denmark in a penalty shootout.

The result that means that Messi who is set to lead Argentina in the 2022 World Cup in Qatar later this year – has now matched Ronaldo’s haul of major international accolades after he helped Argentina end their 18-year trophy drought with Copa America glory last July.

The 34-year-old’s long-term Portuguese rival has won both the Euros and the Nations League for his country, but is unable to add a World title to his resume after Portugal failed to qualify for the World Cup.

Although Messi has finally tasted success on the international stage, it’s been a difficult 12 months for the Argentina icon. Winning both the Copa America and the Finalissima has coincided with his domestic struggles in Paris, where he has flattered to deceive since leaving Barcelona.

The eight-time Ballon d’Or winner mustered just 11 goals in his debut season at Paris Saint-Germain and has come under from the French media and the club’s fans for his underwhelming impact at the Parc des Princes. 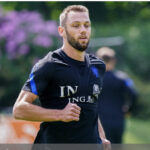 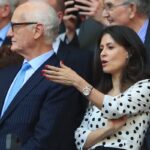