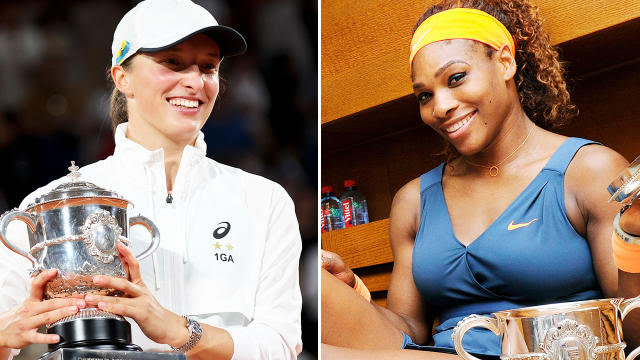 The Polish star’s 35 wins in a row moved her out of a tie with Williams – whose longest-ever streak was 34 matches in 2013.

Swiatek is now equal with Serena’s sister Venus, who won 35 consecutive matches in 2000.

For the moment, Swiatek and Venus jointly hold the longest winning streak in women’s tennis this century.

If Swiatek can keep up her irresistible form, there’s no knowing how long she can keep her unbeaten run alive.

Speaking in her post-match press conference, the 21-year-old said it felt special to surpass the great Serena.

READ ALSO:Roger Federer and Serena Williams not included on entry lists for Wimbledon

“I think honestly, it may seem pretty weird, but having that 35th win and kind of doing something more than Serena did, it’s something special,” she said.

“Because I always wanted to have some kind of a record. In tennis it’s pretty hard after Serena’s career.

“So that really hit me, you know. Obviously winning a grand slam too, but this one was pretty special because I felt like I’ve done something that nobody has ever done, and maybe it’s gonna be even more.”

Since starting her winning streak in February, Swiatek has won six tournaments in succession and taken her overall record in 2022 to 42-3.

The Pole has emerged as the overwhelming force in women’s tennis, and it’s hard to see anyone getting to her level anytime soon.

READ ALSO:‘My backhand works well, but I have to improve my forehand’- Serena Williams

Naomi Osaka has four grand slams to her name but has struggled with form and inconsistency over the last 12 months.

Swiatek is the only Polish player in tennis history to win a grand slam and now has two to her name after her maiden triumph at Roland Garros in 2020.

She is also just only the 10th woman in the Open era to win multiple French Open titles, losing just one set the whole tournament – against China’s Zheng Qinwen in the fourth round.

“Two years ago, winning this title was something amazing. Honestly, I wouldn’t expect it, ever,” Swiatek said.

“But this time, I feel like I worked hard and did everything to get here, even though it was pretty tough. The pressure was big.” 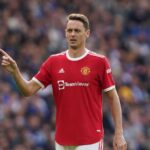 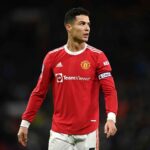