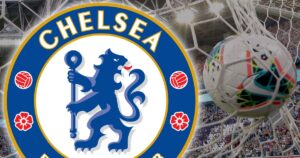 Andreas Christensen, who has been heavily linked with a summer move to Barcelona, has departed Stamford Bridge having spent the last decade at the club following an exit from Danish side Brondby in 2012.

While at Chelsea, the 54-cap Denmark international made 161 first-team appearances for the Blues in all competitions, scoring twice and winning the Champions League, Europa League, Club World Cup and the UEFA Super Cup.

READ ALSO:Chelsea announces the replacement for Marina after her decision to leave the club

Danny Drinkwater, who signed from Leicester in a deal worth for £35million in 2017, departs the club having not made a senior appearance for the Blues since the 2018 Community Shield defeat by Manchester City at Wembley Stadium.

Drinkwater scored once in 23 games for Chelsea and left the club four times on loan spells, with the most recent being for the duration of the 2021/22 campaign in the Championship with Reading. Drinkwater also had stints on loan with Burnley, Aston Villa and Turkish side Kasimpasa.

Winger Charly Musonda has left Stamford Bridge after 10 years at the club. In a spell which involved long absences due to injury, Musonda played seven times for Chelsea, including three outings in the Premier League, with his sole goal coming in the EFL Cup victory over Nottingham Forest back in 2017.

Like Drinkwater, Musonda had numerous spells out on loan, representing Spanish side Real Betis, Scottish giants Celtic and Dutch side Vitesse Arnhem, making a total of 36 appearances across five loan stints.

Centre-back Jake Clarke-Salter completes the list of senior exits as his 14-year association with the Blues comes to an end.

The 24-year-old centre-back made three first-team appearances for Chelsea, including one league appearance during a 4-0 win over Aston Villa in April 2016 under caretaker boss Guus Hiddink.

We say it as it is with global reach, that is why we are different.
TERRYANEWS….We break the news as it breaks. (www.terryanews.com) 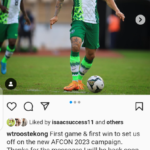