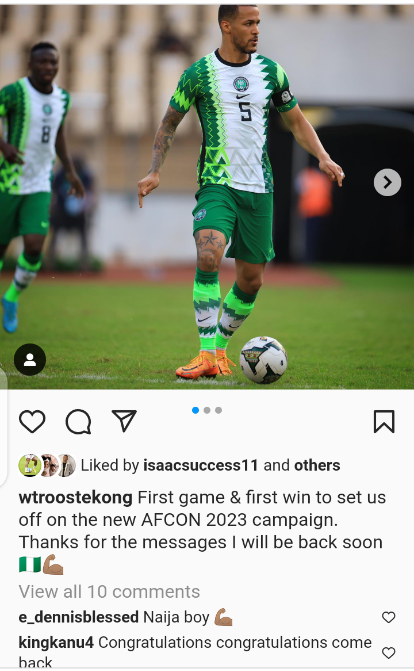 After struggling in the early stages of the encounter, Troost-Ekong recovered to deliver a decent display as the Eagles earned the first win in six matches in all competitions.

The stand-in Super Eagles captain, however, had to be replaced by Leganes centre-back Kenneth Omeruo after he cupped an injury in the 80th minute.

Despite his setback, Troost-Ekong expressed his pleasure at the team’s success, posting on Instagram: “First game and first win to set us off on the new AFCON 2023 campaign. Thanks for the messages. I will be back soon.”

Arsenal hero Nwankwo Kanu and Watford forward Emmanuel Dennis were among those who responded to Troost-Ekong’s post.

Nigeria next make the trip to face Sao Tome and Principe on Monday, a game that may come too soon for Troost-Ekong.

Head coach Jose Peseiro can, however, call on Kenneth Omeruo and Rangers’ Leon Balogun as capable alternatives in the heart of the defence for the Eagles.

Kindly reach us on 09069473894 with your NAME and LOCATION to add you to our WhatsApp Data Base to receive our latest news updates as it breaks.
We say it as it is with global reach, that is why we are different.
TERRYANEWS….We break the news as it breaks. (www.terryanews.com) 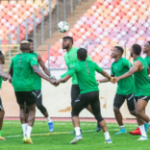 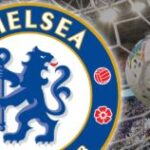