Heavyweight boxer Anthony Joshua has accepted that his decision to try and outbox Oleksandr Usyk was appalling.

The tactics he employed last September saw him easily outmatched and outclassed by Ukraine’s Usyk, who inherited the WBA, IBF and WBO belts and he faced heavy criticism for this approach.

This time around, Joshua is prepared to try and knock out ex-cruiserweight king Usyk in their rematch in August.

The former two-time heavyweight champion will be trained by Robert Garcia and previous coach Angel Fernandez for the money-spinning sequel. And Garcia has suggested that Joshua is capable of winning over the 12-round distance despite last year’s result.

“That is what we are training for,” Garcia told newsmen when asked if Joshua must win by knockout to avenge his defeat. “But I think he could also win by decision. Why not? He is bigger, he is strong and he can jab to a win also. But I want to see him win by knockout. The couple good rounds he had in the previous fight there was a few punches that stunned Usyk and he moved around because he felt his power.

“That was probably the worst Anthony ever and he still managed to land and Usyk felt the punches. But if we get the Anthony that we want, I think he could go and really hurt him.”

Garcia has been working with Joshua in secret since December alongside current coach Fernandez, who assumed the role as head trainer following the defeat. Joshua’s previous trainer, Rob McCracken, faced criticism for his corner advice and tactics, which saw a ‘gun-shy’ Joshua unable to create significant openings.

Finding himself in a repeat situation again, with a rematch booked for the Middle East, Joshua may need to do yet another dramatic change to regain his titles. 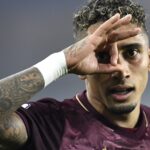 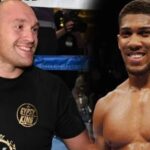