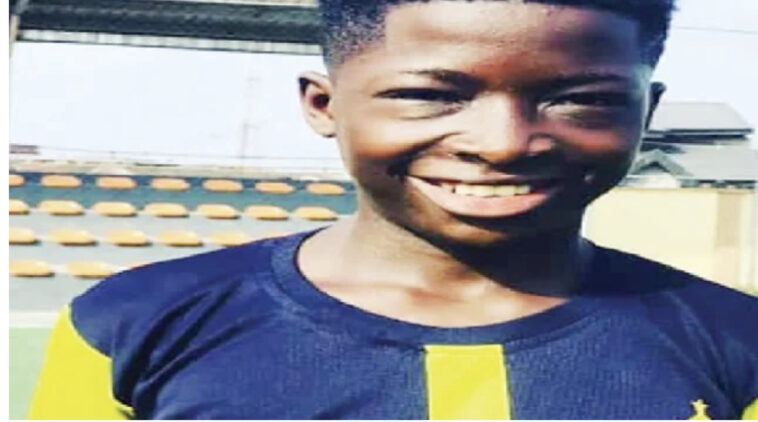 Teenage, Akolamide Oyelowo, believes he has the talent to become one of the best wingers in the world in the coming years.

According to the youngster, football has always been a part of him since he was little. Ironically, he can hardly remember when he started playing football.

“I can’t remember exactly because I was very little but everyone believe I was good at it. My dream is to one day become a professional footballer, which is possible with hard work, focus and dedication,” Oyelowo told Newsmen

As a forward who operates from the left wing, he believes his ability to take on opponents with ease is his strongest attribute.

“I love taking on players. I’m very good at it and I’m a very good goal scorer for a winger.”

Asked what kind of a player he is, he confidently stated, “I’m one in a million.”

Currently, in SS2, the 14-year-old says having to balance playing football and education has been difficult but is constantly working to strike a balance.

Education is very important and my parents and coaches keep telling me to ensure that I do well in school. It’s not easy combining both, but one has to find a balance because being good at both will help you in the future, in terms of signing contracts and making decisions.

“I’m hoping to go into the Arts when I grow up because that is another thing I’m also passionate about, especially modelling but that’s still in the future.”

The youngster revealed his adoration for Manchester United megastar Cristiano Ronaldo but interestingly, he is a huge supporter of the Red Devils fierce rivals Chelsea.

“My role model is Ronaldo, an amazing player and the best that ever played football. I just love him,” Oyelowo said.

“However, I’m a fan of Chelsea. I love how Chelsea play, I love watching their wingers and my favourite of them all is Hakeem Ziyech. He is very skilful and I learn a lot from him.”

Oyelowo’s mother is solidly behind his decision to play football but his father still needs some convincing.

“My mother is totally in support of me playing football, she has given me 100 per cent approval, but my dad is very concerned about my education and he wants me to do well in both. So, all I have to do is keep convincing him that I can be successful on the pitch and in class.”

Currently honing his skills at the F8ballers Africa in the Surulere area of Lagos, he has also received accolades from his coach, Angel Salt, who believes he is a naturally gifted footballer, destined for the top.

“Kolamide is a naturally talented footballer. His confidence on the ball is super amazing. For the past four years that I’ve worked on him, he has gotten better at scoring an average of two goals per game.

“That’s a long-term result of hard work, consistency and dedication to the passion of his present and goal of his future. His ball mastery, dribbling and spontaneous skills are delightful to watch.

“At 14, he is a work in progress. I’m sure in a few years, and with more commitment from him, his parents and the coaches, he will grow to become a global delight in the game.

“I have tutored him in attacking midfield, inverted winger and false nine. When you see him on the ball, you’ll have a good day. His decision making, like other upcoming players, can be inconsistent under extreme pressure, but trust him to spring surprises.”

In a couple of years, Oyelowo says he will love to be playing at Barcelona.

“My dream is to play for some of the best teams in the world and I see myself playing professionally for Barcelona. I know this because I’m confident in my abilities,” Oyelowo added. 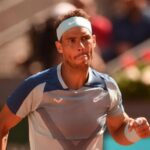 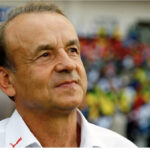