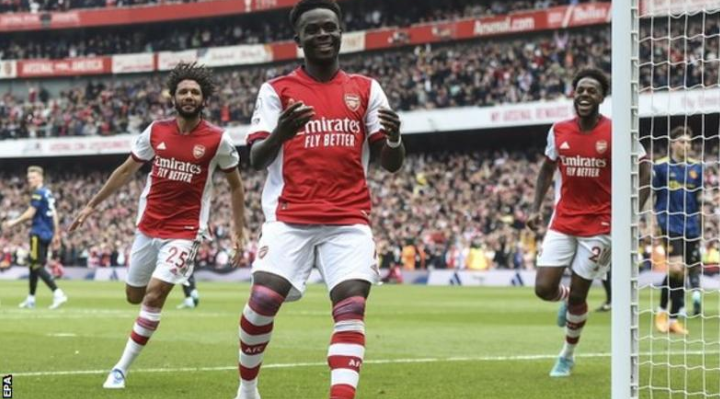 ARSENAL proved its superiority over Manchester United in the Premier League match with 3-1 win despite Cristiano Ronaldo’s completing his 100th goals.

Arsenal goals were scored by Nuno Tavares Saka through a penalty and the goal by
Xhaka in the 69th minute while the only goal for Manchester United was scored by Ronaldo in the 34th minutes of the game.

Anxiety however made Bruno Fernandes to miss a penalty in the 56th minute.

Ronaldo, who was starting for the first time since the announcement of the death of his newborn son, scored his landmark goal in the 34th minute as he pulled a goal back for Man Utd after they fell behind following Nuno Tavares’ early goal (3) and Bukayo Saka’s penalty.

Despite trailing, United produced a vastly-improved performance from their 4-0 drubbing at the hands of Liverpool in midweek, and they were gifted a penalty of their own early in the second half after Tavares’ inexplicable handball.

However, they failed to take advantage as Bruno Fernandes’ spot-kick hit the outside of the post, and it proved a costly miss as Granit Xhaka produced a thunderbolt of a strike to secure what could be a crucial victory in Arsenal’s bid to qualify for next season’s Champions League.

Victory sees the Gunners move into fourth spot in the Premier League and three points ahead of their north London rivals Tottenham.

Meanwhile, defeat is a catastrophic blow to Ralf Rangnick’s side’s own hopes of securing Champions League football for next season. United, who announced the appointment of Erik ten Hag as Manager for next season on Thursday, are now six points behind the fourth-placed Gunners, having played a game more. 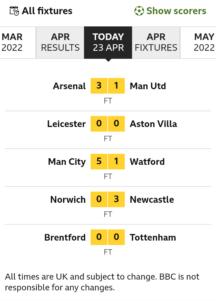 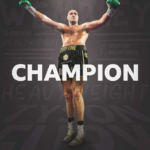