Former Chelsea striker Didier Drogba has become the first African to be inducted into the Premier League Hall of Fame.

READ ALSO:  ARCHIVE: Watch one of the roughest boxing encounters between Tyson and Botha (ENJOY THE VIDEO)

Drogba joined five others who were voted in by the public through an online vote and the Premier League Awards Panel.

The Premier League revealed on Thursday morning that the Ivorian and five others will join the duo of Wayne Rooney and Patrick Vieira as the 2022 inductees and will be handed their awards in a formal ceremony slated for later this evening in London.

The 44-year-old scored a total of 104 goals in 254 League appearances during two spells with the Blues.

Other players who will be joining Drogba as inductees include former Manchester City duo, Sergio Aguero and Vincent Kompany, and Manchester United legend, Paul Scholes.

Also on the list of inductees are Peter Schmeichel, who played for Manchester rivals, United and City, and Arsenal legendary forward, Ian Wright.

“The latest additions to our Hall of Fame were all world-class players who entertained fans around the world and helped to define different eras of the Premier League.

“I congratulate them on receiving the honour and thank those who voted for their favourite players. We now have 16 incredible inductees in the Premier League Hall of Fame and I look forward to seeing who will follow them in years to come.”

It is the highest individual honour awarded to players by the League. 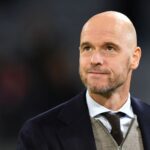 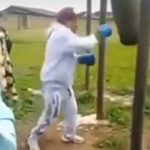