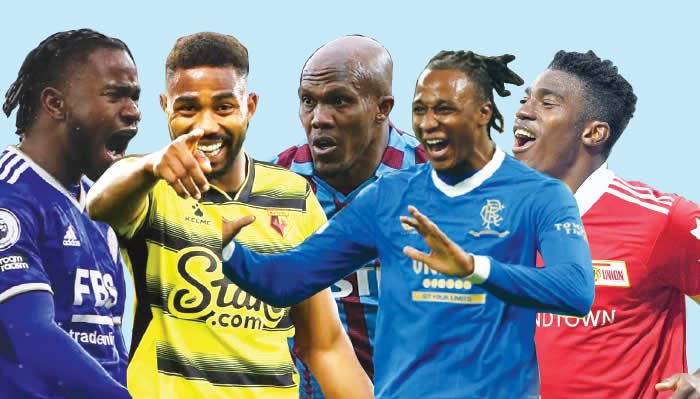 Another weekend of football takes center-stage in Europe and a number of Nigerian players will be seeking glory with their respective clubs.

Despite the heroics of Nigeria international, Emmanuel Dennis, Watford’s relegation will soon be confirmed. The Hornets are 19th in the league and face a stern test against title-chasing Manchester City at the Etihad on Saturday.

The Hornets will be banking on the brilliance of Dennis and Ismaila Sarr to help them grab a win against the Citizens.

Dennis scored his 10th goal of the season last Saturday in their 2-1 loss to Brentford ending his seven game goals drought and the game against the champions will serve as another test for his potential.

Ademola Lookman will be looking to score his third goal in four games when Leicester City welcome Aston Villa to the King Power Stadium.

Lookman has returned to form after his involvement with Nigeria in their failed bid to qualify for 2022 World Cup in Qatar.

His form in the last games of this season starting with the visit of Villa may be key to his future at the club.

Union Berlin’s hopes of playing in the UEFA Europa League have been placed on the shoulders of in-form Taiwo Awoniyi.

The Nigeria international has been on target four times in his last seven Bundesliga games this season and will be hoping to grab his 14th against RB Leipzig. Getting a revenge against third placed Leipzig will serve as sweet revenge for the capital based side who lost 2-1 to to the same side in the semi-final of the DFB Pokal on Wednesday.

Awoniyi’s goals have helped Union to the sixth position this season but making it to the Europa League is the target. Awoniyi bagged 18 goals for Union in all competitions this season in 39 appearances

One game at a time and Anthony Nwakaeme is getting closer to helping Trabzonspor win their first league trophy in 38 years but first, they will need to go past Adana Demirspor who will be without influential Mario Balotelli who was sent off in their 4-0 loss to Kasimpasa last Sunday.

Nwakaeme has been one of Trabzonspor’s best players this season. He has recorded 11 goals and 10 assists in 27 league games for the Turkish Super Lig leaders.

Nwakaeme has gone four games without a goal, something he’ll be looking to change this weekend.

Joe Aribo will be one of the players to watch out for in the second phase of the Scottish Premiership. The Nigeria international is expected to be in action when Motherwell welcomes Glasgow Rangers to the Fir Park on Saturday.

Aribo has been one of the Rangers’ best players this season after several eye-catching performances that have seen him score eight goals while providing 10 assists in 50 games across all competitions.

Aribo who ended his five-game goals drought with a clever finish against St Mirren last week will be hoping to continue his impressive performance this season. 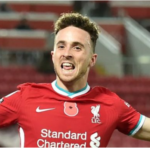