According to latest reports, Chelsea Manager, Thomas Tuchel has split from his wife following the Blues 4-1 humiliation against Brentford on Saturday afternoon.

Chelsea Coach, Thomas Tuchel is currently dealing with the collapse of his 13-year-old marriage.

Tuchel’s ex-wife, Sissi began divorce proceedings last week, with friends saying that ‘all avenues are exhausted’ when it comes to hopes of a reconciliation.

Sissi and Thomas have tried to avoid splitting but in the end there was no other way,’

‘It is very sad and now it is all about making sure their daughters are the top priority. Papers were lodged last week to get the divorce under way.’ a source close to the couple said.

WATCH VIDEO:  VIDEO: MAN threatens LADY with rape in public for disconnecting his electric cable from the poll (SEE WHAT HAPPEN NEXT)

The former Journalist, Mrs Tuchel, moved to the UK in August, seven months after her husband joined Chelsea from the French giants Paris Saint-Germain.

The Chelsea boss initially stayed in a hotel before the family set up home in Cobham, Surrey, near club’s training ground.

His wife gave up her job at the German newspaper Süddeutsche Zeitung to bring up their family, so may be entitled to a slice of his future earnings as well as up to half of his current fortune as sources say the couple are determined to keep the divorce amicable.

Just ten months ago, Sissi was seen running across the pitch at Porto’s Estadio do Dragao before leaping into her husband’s arms after Chelsea secured a 1-0 Champions League victory over Manchester City last year.

The 46-year-old Sissi has been credited with helping her husband to excel during a managerial career that has seen record success in Germany, France and England.

‘Sissi is no fool, she isn’t your archetypal footballer’s wife, she is a clever woman,’ the source added.

Tuchel has been praised for the way in which he has coped with the restrictions placed on Chelsea after Abramovich was sanctioned following Russia’s invasion of Ukraine.

As a new owner is sought, the Blues cannot sell tickets for games, sign players or give new contracts to existing players.

The Chelsea boss, whose team was thrashed at home by Brentford in the Premier League yesterday, declined to respond to a request for comment on the situation with his marriage. 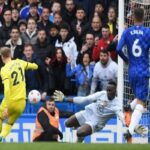 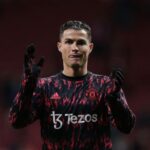