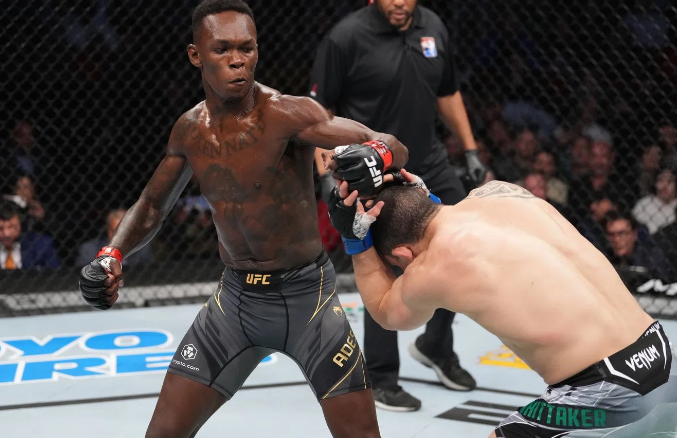 ISRAEL Adesanya has defeated Robert Whittaker in a competitive UFC boxing encounter to retain his title in a unanimous decisions in his fourth consecutive title defense. The final scorecards read 49-46, 48-47 and 48-47 with Adesanya moving to 22-1 in his career with the victory.

“I knew he was going to bring everything cause last time I took everything away from him,” Adesanya said after his latest win. “So he had nothing to lose. Like I said, I’m the champ, you want it, come get it.”

Unlike their first meeting, Whittaker was far less aggressive at the start while Adesanya was setting up his kicks while constantly switching stances to keep “The Reaper” off balance. With less than two minutes remaining in the opening round, Adesanya stepped into a stiff left hand right down the middle that caught Whittaker flush and put him down on the canvas momentarily.

As Whittaker started to get desperate with takedown attempts, Adesanya was really sitting down on his punches as he always looked one combination away from earning another knockout.

Heading back to the corner, Whittaker almost looked defeated, which forced him to alter his game plan when coming out for the second round. With Adesanya still controlling the distance, Whittaker was throwing with much more volume but he was also eating some brutal leg kicks that were really starting to take a toll.

Even when Whittaker exploded forward with a takedown, Adesanya was quick to scramble out of a bad position and work back to his feet again.

That said, Whittaker wasn’t going away and he began finding success with a hard left hand that started to land whenever he was leaping forward. Of course, Adesanya was giving as good as he gets because he fired back with the same kind of power that popped Whittaker in the exchange.

With five minutes remaining, Adesanya continued to act as the aggressor with Whittaker content to act as the counter striker. Whittaker did try to turn back to his wrestling, which was obviously a key part of his strategy, but Adesanya refused to stay on the ground as he either stuffed the takedowns or quickly worked back to his feet.

“I knew he was going to try and copy Jan [Blachowicz’s] homework,” Adesanya said about Whittaker’s takedowns. “But I’m the big dog in this yard so he couldn’t take me down at all.”

While he couldn’t hold him down, Whittaker was still putting Adesanya on his heels, which prevented “The Last Stylebender” from really unleashing his best strikes as he also had to play defense from the shots coming back at him. Whittaker was certainly determined but despite his best efforts, he just couldn’t do enough damage to sway the judges, although he felt like the decision should have gone his way.

“I know I started off rocky in that first round but I feel like I took every round after that,” Whittaker said. “What do they say? Don’t leave it to the judges. I’m happy that I fought my heart out. I’m gutted. I thought I did enough. I thought I took that.

“I was surprised with the decision. It is what it is. I’m not going to take anything away from him. He’s the champ. He beat me for the second time. We’re the two best in the world, I know this, he knows this. We know this.”

Prior to the fight, Adesanya complimented Whittaker as the second-best middleweight in the UFC, although he said the gap between them was still rather wide. Following the rematch, Whittaker definitely made a better showing for himself but Adesanya is still leaving as the UFC middleweight champion and he already has designs on his next fight.

“I know June doesn’t have a pay-per-view yet but I’m the big dog in the yard now and I know the other dog Jared Cannonier just did some work tonight,” Adesanya said. “So yeah, I’m pissing in this cage next time in June. Watch me.” 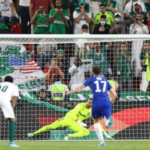 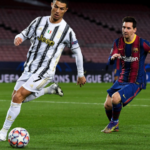