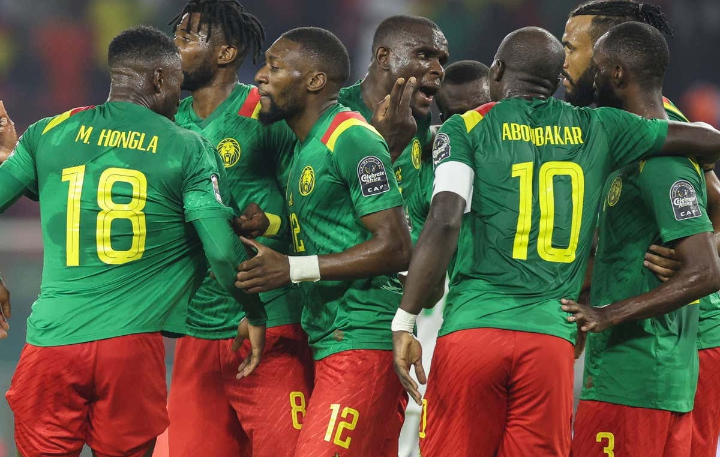 The Indomitable Lions of Cameroon on Saturday devoured the Gambian Nationsl team 2-0 in the ongoing TotalEnergies Africa Cup of Nations 2021.

READ ALSO:  Facts you need to know about the most beautiful stadium in Nigeria

Cameroon stopped Gambia 2-0 in a Quarter Final match played this evening at the Japoma Stadium in Douala, Cameroon.

After a goalless first half, the 5-time AFCON winners Cameroon returned charged and determined to get the goals.

The tournament’s leading scorer Vincent Aboubakar and Nicolas Moumi Ngamaleu had their shots blocked for Cameroon, while Gambia’s James Gomez also had his attempts stopped in the first half.

But it was Karl Toko Ekambi who netted a brace early in the second half to make sure the Indomitable Lions roar into the Semi Final stage.

Ekambi made it 1-0 after 50 minutes with a well timed header. The Gambian defenders failed to react quickly to stop Ngran Suiru Fai Collins from crossing the ball for Ekambi to score.

The Gambian Technical bench replaced star player Modou Barrow with Pa Modou Jagne after 55 minutes, but the Indomitable Lions instead pushed forward and made it 2-0 after 57 minutes. Ekambi again gave the Gambian goalkeeper Baboucarr Gaye no chance.

Cameroon continued to dominate play in the midfield and on the wings causing problems for the Gambian team.

Coach António Conceição da Silva Oliveira’s Cameroon team will now wait to face the winner between Egypt and Morocco at the semi final strge stage. The Indomitable Lions of Cameroon remain in line chasing for a sixth AFCON title.

“I’m proud of the performance of the team tonight, Gambia are a difficult team to play but we never gave up even when we struggled in first half. We kept working and we got the crack. It’s good, everyone has a role to play in this team, in 2017, I played a lot less, it’s not the case today, it’s the victory at the end that is the most important. We are a family, the group lives well. The group prefers to focus on the present, this competition and not focus on the past with what happened in 1972, we want to write our own history.”

“I am proud of my players, in the tournament but also in this match where we lost (0-2) against a great team from Cameroon, we were beaten by the future champions of ‘Africa. We made mistakes that we paid for in cash, that’s also the high level. There were tears in the locker room but Gambia and its players can be proud of the course, we will bounce back very quickly and return to the front of the stage.”

“I am satisfied with my players who respected the instructions to go and win the match despite the missed opportunities in the first period. In addition to the victory, it was our match where the attack-defense balance was the most respected. I am very happy with our production against a great team from Gambia. In truth, she did not change her strategy, she beat her success in this way and tonight we insisted on our game. Regarding the semi-finals, what worries me the most is to see my players to recover, it was a physically demanding match. We will rest and analyze our next opponent and put the strategy in place. I’m really happy with my players. 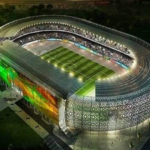 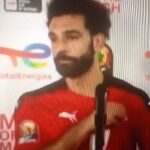