Michael has praised Chelsea manager Tuchel for taking the big call to drop Romelu Lukaku for their encounter against Liverpool. The former England striker believes it is the right decision for the club and the manager in the long term.

Lukaku spoke to Sky Italia recently and expressed his displeasure at not playing regularly at Chelsea and how much he misses Inter Milan. Tuchel confirmed he was not bothered by the comments, but reports suggest the Belgian did the interview without permission from the club.

Tweeting ahead of the Chelsea vs Liverpool game, Michael Owen sided with the German manager’s decision to drop Lukaku. The pundit said:

“If reports are accurate, it’s a huge decision from Tuchel to leave Lukaku out of today’s @ChelseaFC squad. But in the long term interests of the club, it’s a good one.”
Owen added:

“No player is more important than the club and while being employed by someone, you can’t speak out like he has.”
Reports turned out to be accurate as Lukaku was not in the squad that drew 2-2 against Liverpool on Sunday (2 January) night.

Chelsea to discuss Lukaku’s situation on Monday
Thomas Tuchel has confirmed the club will be holding a meeting to discuss the Romelu Lukaku interview on Monday.

The German manager spoke to the media after the Liverpool draw when he revealed he was not feeling attacked or disappointed by the comments.

READ ALSO: Tuchel explains his decision to drop Lukaku for clash with Liverpool

“There is a meeting on Monday. That’s why we took the decision to delay the decision. We needed some time. I heard of the story on Friday. I thought we could handle it. It’s not the first time something like this has happened in my career.”
Tuchel added:

“I don’t feel personally attacked or disappointed, but the thing got too big on a Saturday. It was too much noise, for that we protected the preparation we needed from the squad to have quiet, full focus because this is a huge game on a top level.” 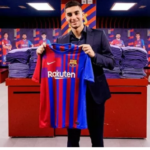 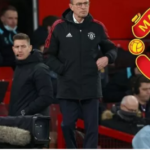