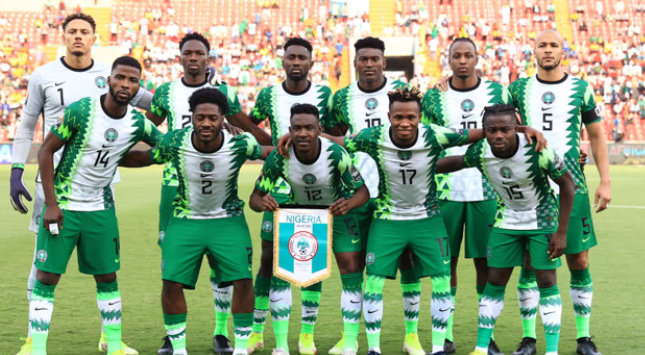 Paresident of the Nigeria Football Federation, Amaju Pinnick, and other guests have been barred from the Super Eagles’ dressing room during half-time breaks, Punch reported.

Austin Eguavoen, who announced this at a press conference, said the decision was taken to prevent the players from losing concentration.

Though Pinnick was in the Super Eagles’ dressing room at halftime to motivate them during the encounters against Egypt and Sudan, Eguavoen said the NFF president and other guests will no longer be allowed in Sunday’s Round of 16 clash against Tunisia.

The coach explained that the half-time break is needed for the players and coaches to discuss tactics.

He said, “We talked about timing and I am still talking about it. It’s our culture – motivation is good.

“Guests can have short discussions with the team at the restaurant and not inside the dressing room.

“Against Egypt was the only time when the NFF president and the Air Peace president came to see the team and it was five minutes.

Viral photo: Why I wear traditional attire to Super Eagles games at AFCON -Mama Nigeria
“In the second and third games, no one came to see the team. I don’t think this will happen tomorrow (Sunday).”

READ ALSO:  TUNISIA Vs SUPER EAGLES, their journey so far in AFCON

Today at the Stade Roumdé Adjia, Nigeria will file out with three wins in three from their group phase campaign. The Tunisians were only able to defeat Mauritania while losing to Mali and The Gambia. Both countries are led by indigenous coaches.

The match will be Eguavoen’s 16th for Nigeria across three stints, during which he has walked off the pitch victorious in 13 of the previous 15, with only two narrow defeats.

He is also the only man to have coached Nigeria to win all three group phase matches at the AFCON, achieving this in both his AFCON odysseys in 2006 and 2022. 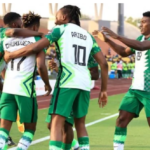 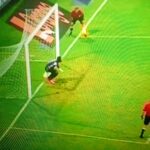