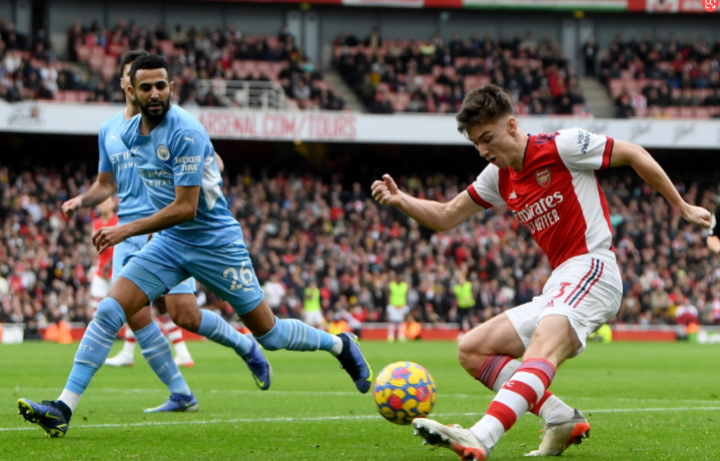 Manchester City have continued their fantastic winning streak in the Premier League by defeating Arsenal 2-1 at the Emirates.

Both sides went into the match in great form, with the home side, who were without their Head Coach Mikel Arteta as he was isolating at home with COVID-19, having won their last four Premier League games in a row and with City on a 10-game winning streak in the league

There was controversy early on after Arsenal’s Martin Odegaard was brought down in the box by Ederson in goal for what looked like a stonewall penalty. VAR reviewed the incident, however, and decided that the Brazilian stopper had touched the ball before coming into contact with Odegaard and no penalty was given, leaving the home side frustrated.

The breakthrough finally came for the Gunners after 31 minutes, though, when Kieran Tierney played the ball to Bukayo Saka inside the area, who swept it past Ederson.

The sides then went into the break at 1-0 with the home crowd very pleased with what they’d seen in the first 45 minutes and Arsenal worthy of their lead.

But, just eight minutes into the second half there was more VAR involvement as Pep Guardiola’s side were awarded a penalty after a tug on Bernardo Silva from Granit Xhaka in the area, and Riyad Mahrez converted from the spot.

Just moments later there was even more drama, as Aymeric Laporte headed the ball past his own goalkeeper for Nathan Ake to clear off the line, with Gabriel Martinelli blasting the rebound over the bar.

From the restart, Gabriel was sent off for a second yellow card, for fouling Gabriel Jesus, leaving the home side with 10 men.

The numerical advantage saw City dominate the closing stages as they played the ball around well, with Arteta’s side defending resolutely, but the match ended in heartbreak for Arsenal when Kevin de Bruyne’s cross deflected off Rob Holding and landed at the feet of Rodri who slotted the winner past Aaron Ramsdale.

This result leaves Arsenal in fourth place on 36 points after 20 matches, with City still top on 51 points from 21 games. 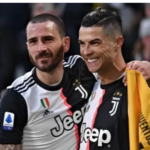 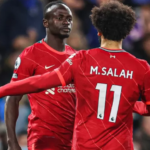