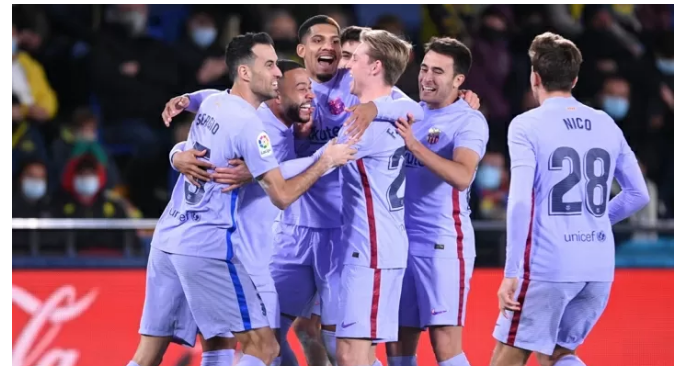 Barcelona are going into the jaws of Champions League death, but they go with a cool feeling that has become increasingly unfamiliar in recent years

The Catalans were beaten at home 1-0 by Real Betis on Saturday, and on Wednesday face a Bayern Munich side that humiliated them 8-2 last year and 3-0 in September, with the Catlans having repeatedly struggled away in Europe.

And yet, the feeling persists.

Beyond the tactical and technical changes Xavi Hernandez has been able to implement, his biggest impact has been to pick the club’s morale off the ground, and start restoring some pride and self-respect at a club in tatters.

The sporting, financial and institutional crises that have rocked the club over the past year will take a long time to recover from, but that process began with Xavi’s arrival, and can take a leap forward with a respectable disee desperate to progress to the last 16 of the Champions League, with the club having budgeted to reach the quarter-finals of the competition.

Elimination and entry into the Europa League would not only be a source of mirth for their rivals, but a blow to their hopes of reinforcing the squad either in January or next summer.

Even progressing to the next round before elimination by a group winner in February would be preferable to the ignominy of descending into the secondary European competition, as it would give Xavi midweeks free to coach the team up to his standards.

Defeats on the road by Roma, Liverpool and Bayern themselves have been mental torture for Barca in recent years, so it is remarkable they head to face a side that has five wins from five in this season’s competition with the belief they can secure the result they need.

READ ALSO:  WWE: Latest on survival Series 2021 on Sunday (A TOUGH ONE INDEED)

“The team is capable of going to Munich and winning,” said Xavi. “That’s the objective. It’s up to us.

“We’re going to one of the toughest grounds in the world, but we’re going there to give everything we have, and to compete.”

President Joan Laporta, who has been determined to bring good vibes back to the club since he was re-elected, is similarly hopeful.

“Beating Bayern is something that can be achieved,” Laporta told AS in November. “There is going to be a miracle, I am convinced that we are going to win.”

Bayern, already guaranteed top spot, will likely make some changed to their side following Saturday’s win over Borussia Dortmund, and will definitely be without key midfielder Joshua Kimmich.

But forward Thomas Muller has threatened the visitors that the game will not be taken lightly after the Ballon d’Or snub for his team-mate Robert Lewandowski.

Former Barca forward Lionel Messi was handed the award for the seventh time on November 29, in part due to his fine performances for the Catalans between January and June this year, but it angered Germany midfielder Muller.

“This is huge motivation for me to throw everything into trying to bring the Champions League back to Munich, show the football world what is going on, and above all, what German football has to offer,” wrote Muller on LinkedIn. “We have the opportunity to do it… against Barcelona.”

Bayern may be determined to prove a point, but they will be without their fans this week because of Covid restrictions in Germany. Barcelona’s players will also train at the Allianz Arena on Tuesday, a change made by Xavi to the prior routine of having a workout at home before travelling. They therefore can get used to the turf where their European dreams will live or die.

Another plus for the visitors is Ousmane Dembele’s return, with the France forward set to start for the first time after recovering from injury.

Dembele’s impact off the bench turned the tide in Barcelona’s favour against Betis, despite the eventual defeat, and even with question marks over his future persisting as his contract enters its final months, the 24-year-old appears more confident than ever before in Blaugrana colours, another effect Xavi’s relentlessly positive discourse has had.

Barca look to Dembele to make things happen, and when he takes risks and loses the ball it is no longer seen at with the same animosity as in previous seasons, because they know he is the best hope they have, at least with Ansu Fati out injured.

Xavi can also look to Augsburg, Eintracht Frankfurt and Borussia Monchengladbach’s victories over Julian Nagelsmann’s side to know Bayern are not unbeatable. The latter thrashed them 5-0 in the DFB-Pokal, and they have kept just one clean sheet in their last eight matches.

“The approaches of the teams that beat Bayern are not too different from Barcelona’s DNA,” noted Diario Sport, referring to their high press and speed in transitions, two aspects Xavi has been working hard on in his first four games in charge.

Whether or not Barcelona pull off the job and leave Munich with a result that sees them progress in the Champions League, the fact they are flying there with the conviction they can indicates their revival has begun. 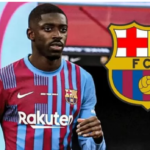 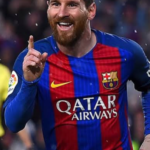