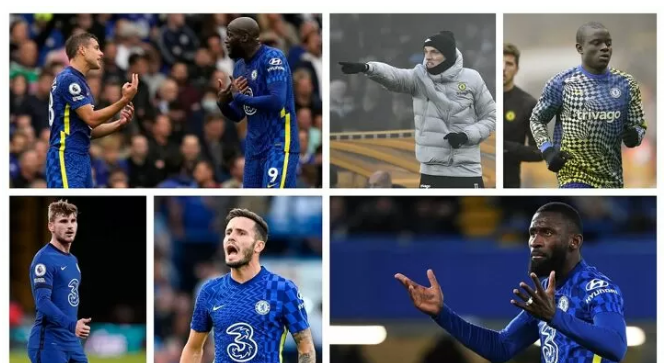 Champions League holders Chelsea are going through their toughest period since Thomas Tuchel took charge of the team last January.

Sunday’s 0-0 draw away at the Wolverhampton Wanderers was one of the three stalemates they have registered in the last four games in all competitions, meaning Chelsea have gone from topping the Premier League table to sitting six points behind Manchester City

Chelsea were in first place on Matchday 10, three points ahead of Liverpool and five points clear of Manchester City and West Ham.

However, from that point on they picked up just 13 of the 24 available points and are currently third, six points behind the Sky Blues.

Failed to grab Champions League top spot
Despite beating Juventus 4-0 on home soil, Chelsea were unable to secure top spot in Group H as they drew 3-3 away at Zenit in the last game of the group stage.

Yet, the Blues were lucky to avoid European powerhouses in the draw for the Round of 16 and will face Lille in the first Champions League knockout round.

Hit by injuries and COVID-19
Andreas Christensen, Callum Hudson-Odoi, Timo Werner, Romelu Lukaku, Ben Chilwell, Jorginho, Ruben Loftus-Cheek and Kai Havertz were all sidelined due to COVID-19, injury and illness for the game with Wolves, with Tuchel having just six players on the bench – two of whom were goalkeepers.

Lukaku fails to solve Chelsea’s scoring issues
Despite signing Timo Werner and Kai Havertz for a combined 133 million euros in 2020, Chelsea spent another 115m euros last summer to sign Romelu Lukaku from Inter in search of a striker who would register a 20 to 30 goal tally per season.

However, the Belgium international tested positive for COVID-19 after recovering from an injury and this means that he has played just 16 games across all competitions this season, having scored just five times.

An attitude problem
After the draw away at Zenit, Tuchel blamed the team’s lack of concentration for their recent poor results in both the Champions League and the Premier League.

“I think we had a very good first 15 minutes but we stopped doing the things we did,” Tuchel said after the draw at Zenit.

“I had the feeling, and this is my opinion, that we forgot why we were the better team. And once this drops, once we start managing results, we get punished.

“It happened against West Ham and today. The reaction is good because it shows that it’s not about what we can do. When we concede goals we can show a reaction but once we have the lead, we give it away again.”

Contracts coming to an end
The contracts of their four starting centre-backs Thiago Silva, Cesar Azpilicueta, Antonio Rudiger and Andreas Christensen are coming to an end in summer, but none of the players have reached an agreement to renew their deals.

This situation has created uncertainty around the team as all four will be all free to sign a pre-contract with another side from January 1.

READ ALSO: Lionel Messi has been left out of the Ligue 1 Team of the Year for the 2021-22 season after struggling to make an impact. 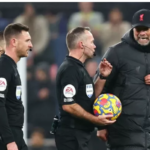 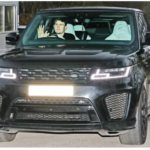