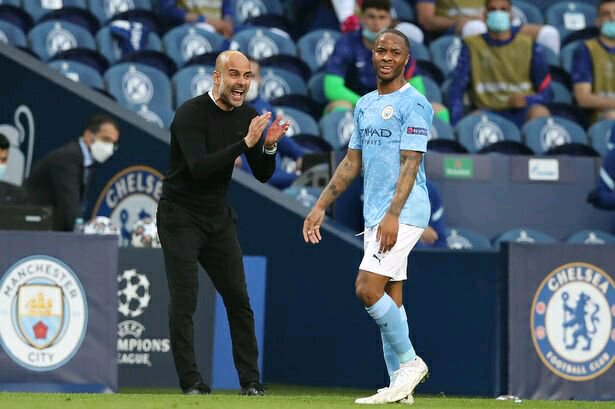 Manchester City forward, Raheem Starling has disclosed that he will have to seek an exit from the club if he does not get more playing time.

Pep Guardiola says that Raheem Sterling’s revelation that he may leave Manchester City has come as a surprise.

But he reiterated his stance that he cannot give the England star any assurances about his playing time, after Sterling said he would seek a move if he continues to be sidelined.

When asked about Sterling’s pronouncement this week, Guardiola said: “I didn’t know it. I didn’t think the club knew.

“Raheem is our player, hopefully he will be an incredibly important player for us. I don’t know if he wants to play more.”

But Guardiola pointed out that other players have also not been given as many minutes as they might like but have made no bones about it.

” Riyad (Mahrez) doesn’t play and he doesn’t complain, Joao (Cancelo) too. I cannot assure them, I cannot assure how many minutes each one plays. Always they have to speak on the pitch,” he said.

“Not Raheem, all of them. They know they are going to play minutes, all of them are involved.

“What I want from Raheem and everyone is they have to be satisfied to be here and delighted to be here. If that’s not the case he has to take the best decision for his family.

“I was a player, I understand completely, I wanted to play. All of them want to play every game but I cannot assure them. They have to improve every training session and be there on the pitch.”

Sterling said in an interview this week that he would have to look elsewhere if his current situation continues, as he has made just two Premier League starts and one in the Champions League, so far this season – and his European game was at Paris Saint-Germain, as Guardiola rested other players to focus on bigger games against Chelsea and Liverpool on either side of it.

With less than two years left on his contract, Sterling holds the aces, and has been stalling on talks over a new deal.

That means, unless his circumstances change, City will seek to sell him next summer, while they can still get money for him, with Barcelona among the interested parties.

Guardiola seemed to have headed off a possible stand-off between player and club by picking Sterling to start in the Champions League final, even though he barely merited it on form.

But with Jack Grealish added to the squad this summer, and with Phil Foden in fine form after his return from injury, Sterling has struggled to get playing time. 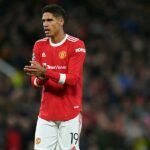