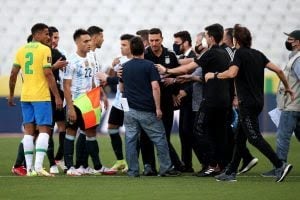 The World Cup qualifier between Brazil and Argentina was suspended on Sunday over four English Premier League players who allegedly ‘lied’ on documents they filled out on entry to the country.

The players are said to have reported for international duty with Argentina but things were stopped due to a row against fake COVID documents.

ESPN Brasil reported that the Brazil government, FIFA and Conmebol had struck an agreement that the mentioned players would be allowed onto the field to take part in the match.

But just minutes into the match, officials from Brazilian health authority Anvisa stormed the pitch with police officers, demanded that the match be stopped to until the four players were off the field and detained.

“By decision of the match referee, the match organised by FIFA between Brazil and Argentina for the World Cup Qualifiers is suspended,” South American football governing body CONMEBOL tweeted.

“The referee and the match commissioner will submit a report to the FIFA Disciplinary Committee, which will determine the steps to be followed. These procedures strictly adhere to current regulations.

“The World Cup Qualifiers is a FIFA competition. All decisions concerning its organisation and development are the exclusive power of that institution.” 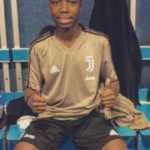 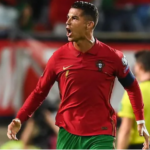