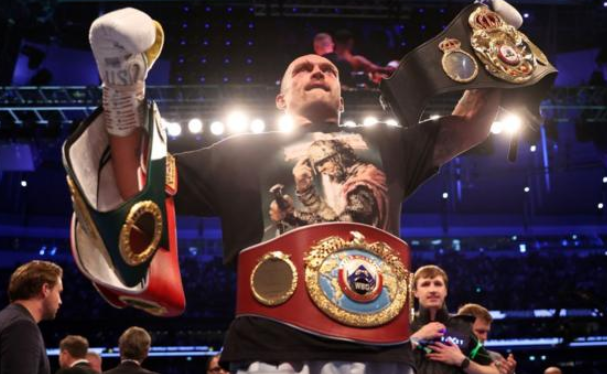 Oleksandr Usyk defeated the reigning Anthony Joshua to become the new unified world heavyweight champion after a unanimous decision win over Anthony Joshua with scores of 117-112, 116-112, 115-113 in London on Saturday.

Usyk has become the third boxer after Evander Holyfield and David Haye to win world titles at cruiserweight and heavyweight.

However, there is a rematch clause, with Joshua – who has now won 24 and lost two of his professional bouts – having previously lost his belts when beaten by Andy Ruiz in New York in June 2019 only to regain the titles in a rematch in Saudi Arabia six months later.expanded thumbnail.

The 34-year-old won heavyweight gold at the London 2012 Olympics while Joshua triumphed in the super-heavyweight division.

Anthony Joshua earlier said he had no intention of vacating any of his heavyweight belts.

The British boxer had put his WBA, WBO and IBF heavyweight belts on the line against the WBO mandatory challenger from Ukraine.

Before the fight, Joshua weighed in 19 pounds heavier than Usyk.

The two combatants had an intense stare-down before smiles broke out and Joshua accepted Usyk’s offer of a handshake.

Joshua, 31, whipped his loyal supporters into a frenzy during a protracted ring walk but did not get carried away himself during a cagey first round where he tried to establish his left jab.

Usyk, moving well, continued to prove a difficult target to hit during the second round and the southpaw staggered Joshua with a powerful roundhouse left-hand punch to the head in the third.

And his left continued to prove potent throughout a contest where a slimmed down Joshua did not appear to gain much resulting benefit in ring speed, while at the same time lacking power in his punches.

By the end of the tenth round, there was swelling under Joshua’s right eye.

Usyk landed the cleaner shots in the closing stages as he backed Joshua onto the ropes and appeared poised for a knockout when the final bell sounded. 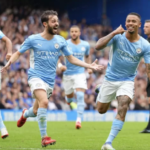 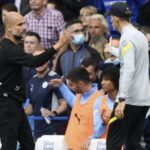