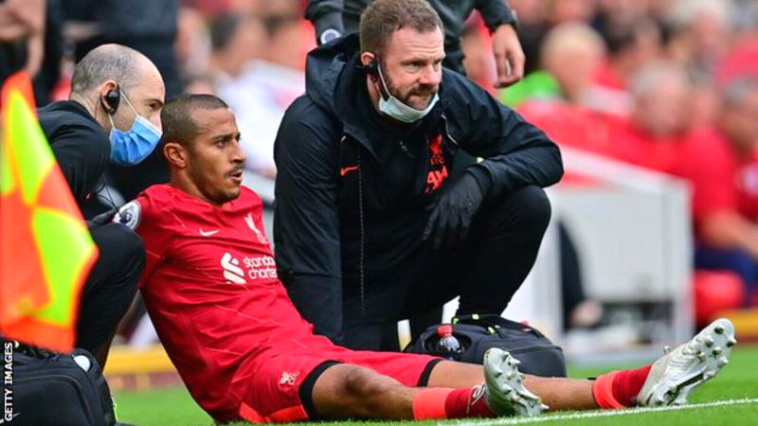 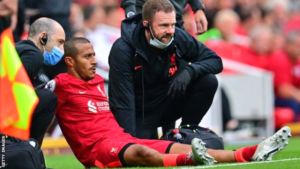 Liverpool midfielder, Thiago Alcantara will not play a minimum of two matches with a calf problem.

The 30-year-old picked up the injury during the match on Saturday’s 3-0 victory over Crystal Palace and the Reds will examine scans to discover the extent of the damage.

Liverpool visit Norwich City in the Carabao Cup on Tuesday before a league trip to Brentford on Saturday.

“I can’t say now how long it will take but not Tuesday and not the weekend,” said Reds assistant Pep Lijnders.

“Let’s get the scan results back and we have a proper diagnosis.

“A shame as well because he was taking the game against Palace by the hand, he was a proper playmaker in my opinion. A shame that we miss him.”

Thiago was replaced by Naby Keita after 62 minutes in the win over the Eagles at Anfield.

Liverpool defender Trent Alexander-Arnold also missed the game against Palace through illness and will again be absent at Norwich, while forward Roberto Firmino has resumed training after missing three matches with a hamstring injury. 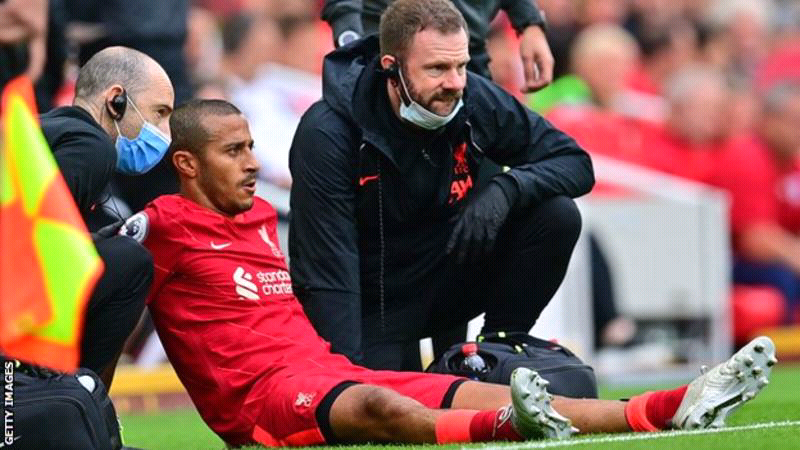 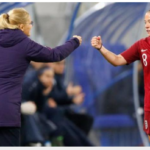