Arsenal hosted Tottenham Hotspur at the Emirates stadium as Gunner won 3-1 on Sunday. Arsenal enjoyed much of the possession in the first half of the match with Harry Kane and Heung Min Son failing to register a single shot on target in the first 45 minutes.

Gunners began the scoring through Emile Smith Rowe who was played a sizeable beautiful pass by fellow academy graduate, Bukayo Saka. Few minutes later Arsenal extended their lead through Pierre Emerick Aubameyang after a well-played counter-attack football across the centre of the park.

Bukayo made it three before the half time break after capitalising on a loose ball by Harry Kane.

 READ ALSO: JUST IN: Arsenal breaks the jinx with a narrow win over Norwich (SEE LINE-UPS

Arsenal have now overtaken rivals Tottenham and Leicester City after their hard-fought win. They now sit at the 10th position with 9 points after six EPL games. Liverpool still topping the table followed by Man City, Chelsea and Man United respectively. 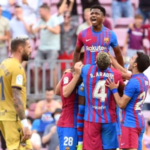 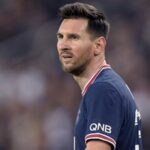