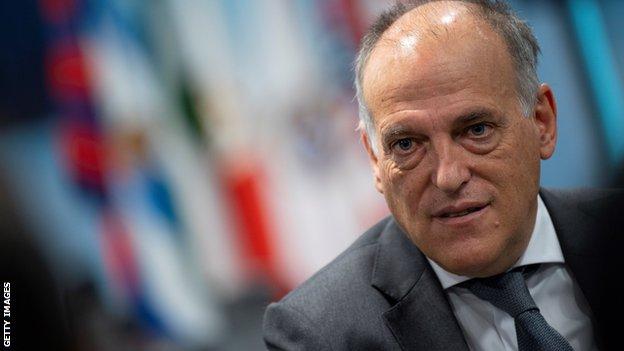 Real Madrid will launch lawsuits over a deal that will see a private equity company get a 10% share of future La Liga television rights.

The Spanish FA (RFEF) are opposed to the proposed investment, suggesting that it “increases inequality”.

However La Liga said Real Madrid were using “coercive and threatening” methods to stop clubs having their say on the deal.

The league says the deal will strengthen its clubs and give them funds to spend on new infrastructure as well as increasing how much they could spend on players’ salaries.

The RFEF suggested it could affect the future of the league, making the format for the development of professional football in Spain “impossible”.

Tebas tweeted on Tuesday that clubs “have had to put up with threats for years” from Real Madrid president Florentino Perez.

He has since tweeted to criticise the RFEF’s opposition to the deal – suggesting that they have not studied the details properly and were quick to condemn La Liga, despite remaining silent over the proposed European Super League.

CVC Capital Partners said “the legal action announcement is totally disproportionate and manifestly unfounded”, adding that it reserved the right to take any available legal action to defend itself.

Barcelona have also voiced opposition to the deal, with the club’s president Joan Laporta saying it was like “mortgaging the club’s rights over the next half-century”. 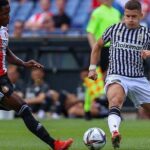 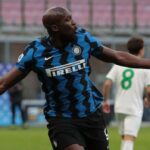