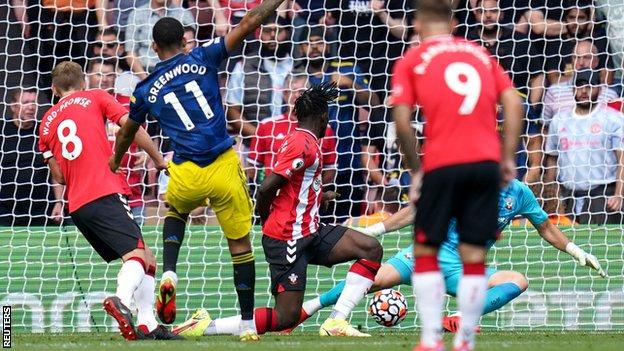 Manchester United disappointed to continue on their opening day victory against Leeds United as Southampton earned 1-1 draw at St Mary’s.

Ole Gunnar Solskjaer’s side looked full of attacking menace and threat in that 5-1 win against Leeds, but here they were a difference of that performance as Saints earned their first point of the campaign and even threatened to grab the victory.

Southampton saw off United’s bright start to flourish and take the lead on the half hour when Che Adams’ shot deflected off Fred beyond keeper David de Gea.

READ ALSO:  Afghanistan: They are going to kill us, they dont want girls to play football &#8211; FEMALE FOOTBALLERS CRY TO FIFA

United looked to be on the charge when Mason Greenwood’s shot squirmed under Southampton keeper Alex McCarthy 10 minutes after the break, Solskjaer then moving to punish Saints further by sending on £73m man Jadon Sancho for the disappointing Anthony Martial.

Instead, it was Southampton who created the best opportunity to take all three points as De Gea saved crucially from Adam Armstrong when he looked to poised to score.

United boss Solskjaer will be disappointed with both the performance and the result but this was no more than Southampton deserved as they bounced back impressively from defeat at Everton in their first game. 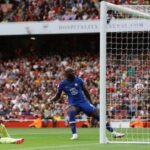 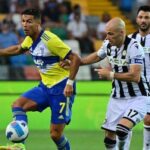