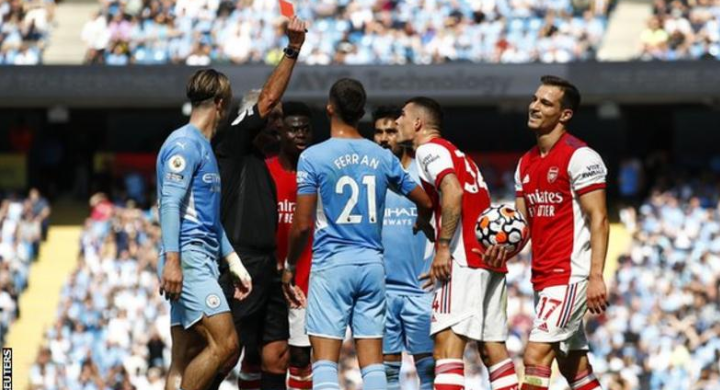 Arsenal FC was on Saturday disgraced and humiliated by Manchester City in a 5-0 encounter under 2021/2022 Premier League.

Mikel Arteta has been under immense pressure after losing the opening two Premier League matches of the season against Brentford and Chelsea and the performance in Manchester will have done little to appease his detractors.

While nobody was really surprised by the result, Arsenal’s defence capitulated after just eight minutes, allowing the Sky Blues to score with their first move into the opposing penalty area as Ilkay Gundogan outjumped Rob Holding at the back post.

Arsenal had barely been close to their opponents throughout the first half and it went from bad to worse, as Granit Xhaka was shown a straight red card for a two-footed lunge in a nothing area of the pitch.

Jack Grealish then set up Gabriel Jesus just before half time to already put the result beyond doubt.

The second half was much more of a procession, with the hosts only adding two goals through Rodri and Torres, before Pep Guardiola began to withdraw his starters.

The result leaves Arsenal rock-bottom in the Premier League table, having failed to score a single goal yet this season. Arteta has to now be facing serious questions over his job security. 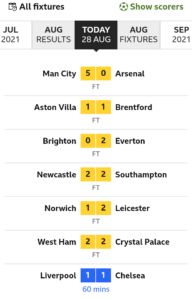 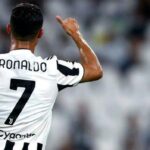 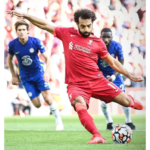