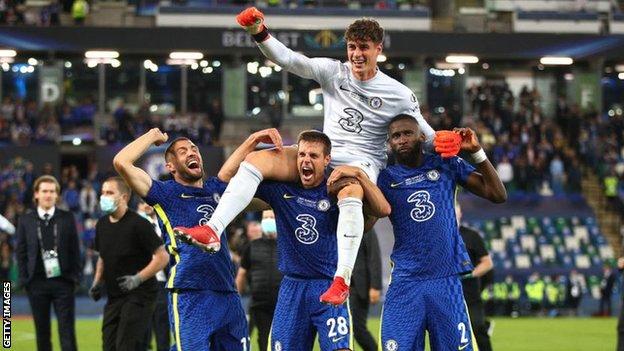 Kepa Arrizabalaga and a late substitution with penalties looming in a major cup final. Sound familiar?

In the 2019 Carabao Cup final against Manchester City, the £71m Spaniard refused to come off for Willy Caballero late in injury time, an incident which has so far been the defining moment of his time at Stamford Bridge.

He saved one penalty on that occasion but they still lost and he was fined by the club for disobeying manager Maurizio Sarri’s instructions.

On Wednesday, the roles were reversed, with Kepa the man to come on. This time, it was the Uefa Super Cup against Villarreal in Belfast, with the game tied at 1-1 after Gerard Moreno cancelled out Hakim Ziyech’s opener. And this time it ended in glory.

It also helped that the man he replaced, Edouard Mendy who had a good game was more receptive to the idea.

Kepa was very active during the shootout, putting off opponents by getting in their faces and producing some theatrics on the goalline. It worked as he saved two penalties from Aissa Mandi and Raul Albiol.

After he saved Albiol’s kick, he was mobbed by jubilant team-mates who wanted to celebrate the moment with him.

Manager Thomas Tuchel, whose side were in the game after beating Manchester City in the Champions League final, revealed afterwards it has been an idea in the pipeline since February.

“It was not spontaneous,” he told BT Sport. “We talked about it with the goalkeepers after the first cup game against Barnsley.

“Kepa has the best percentage at saving penalties. The analysing guys and goalkeeping coaches showed me the data. We spoke to the players and told them this could happen when we play in knockout games.”

Mendy was gracious as he came off, embracing Kepa and said in a post-match interview alongside Kepa he always knew it would happen. 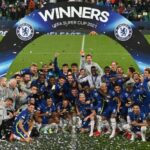 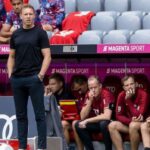