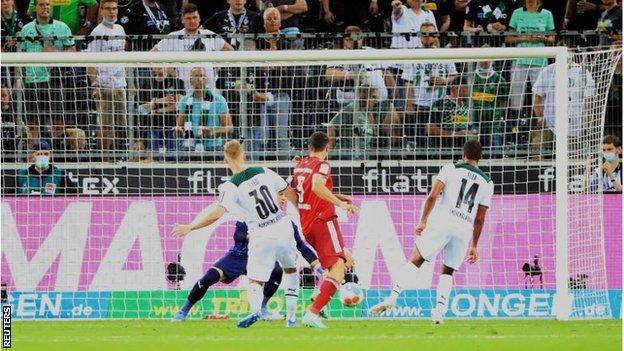 Robert Lewandowski scored on the opening day of the Bundesliga for a record seventh consecutive season as the Julian Nagelsmann era began with a draw at Borussia Monchengladbach.

Alassane Plea slammed Gladbach into the lead after he was fed by Lars Stindl.

That was the first time Bayern, who have won the past nine titles, have not scored the first goal of the season since 2012.

Lewandowski equalised with a volley from a Joshua Kimmich corner.

Poland striker Lewandowski and Stindl both went close to scoring a winner in the second half.

Lewandowski has scored in each of his last 11 Bundesliga appearances, with 18 goals in that run. The last time he played a game for Bayern without scoring was February.

Bayern failed to win a game in pre-season under Nagelsmann, who left RB Leipzig for Bayern this summer. 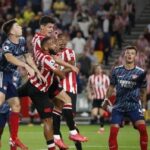 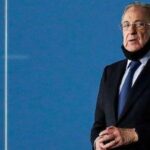