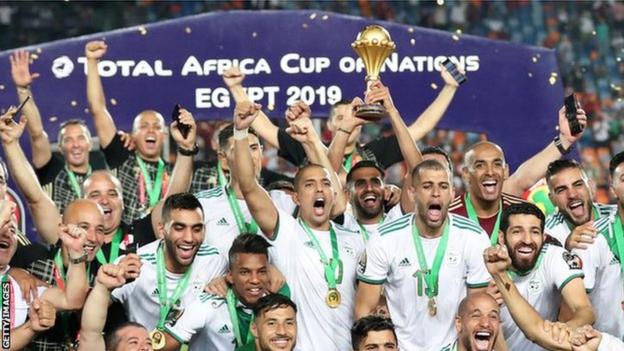 The 2021 Africa Cup of Nations (AFCON) feature 24 teams and runs from 9 January to 6 February, will see the winners and runners-up in each of the six groups, plus the best four third-placed teams, reach the knockout phase.
READ ALSO:  WORLD CUP QUALIFIERS: Eight African Countries Barred From Hosting Home marches (SEE REASONS)
A host of dignitaries attended the draw, including Confederation of African Football (Caf) president Patrice Motsepe, Cameroon legend Roger Milla and icons such as Didier Drogba, El Hadji Diouf and Samuel Eto’o.
In other draw highlights, Arsenal team-mates Thomas Partey and Pierre-Emerick Aubameyang will meet in Group C after Partey’s Ghana drew Aubameyang’s Gabon. Debutants Comoros make up the group alongside top seeds Morocco.
The other tournament debutants, Gambia, will play in Group F alongside Tunisia, Mali and Mauritania.
READ ALSO:  https://terryanews.com/2021/08/done-deal-abraham-leaves-chelsea-to-join-a-s-roma-for-34m-euros.html
Nigeria, three-time winners of the competition have a tough test in Group D where they will face Mohamed Salah’s Egypt, Sudan and Guinea-Bissau.
Sadio Mane’s Senegal, who suffered the heartbreak of losing the 2019 final to Algeria, will take on Zimbabwe, Guinea and Malawi in Group B.
Hosts Cameroon, seeking a sixth title, were put in Group A with Ethiopia, Cape Verde and Burkina Faso, who they will face in the opening match in Yaounde.
READ ALSO:  https://terryanews.com/2021/08/chelsea-italy-star-jorginho-raises-from-brazils-beaches-to-ballon-dor-contender.html
The 2021 Nations Cup had to be postponed twice due to wet weather concerns and Covid-19 and even the draw, originally set for June, was delayed by the pandemic.
Cameroon were selected to stage the 2019 tournament, but fell behind with their preparation and Egypt had to take over at short notice.
READ ALSO:  https://terryanews.com/2021/08/barcelona-president-joan-laporta-reveals-total-club-debt.html
Africa Cup of Nations draw:
Group A: Cameroon, Burkina Faso, Ethiopia, Cape Verde
Group B: Senegal, Zimbabwe, Guinea, Malawi
Group C: Morocco, Ghana, Comoros, Gabon
Group D: Nigeria, Egypt, Sudan, Guinea-Bissau
Group E: Algeria, Sierra Leone, Equatorial Guinea, Ivory Coast
Group F: Tunisia, Mali, Mauritania, Gambia.
READ ALSO:  https://terryanews.com/2021/08/womens-football-maz-pacheco-joins-aston-villa-for-an-undisclosed-fee.html 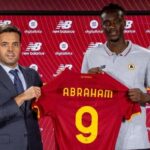 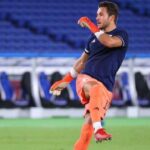