Manchester United came from behind to earn a convincing 6-2 win over AS Roma in the teams’ Europa League semifinal first leg at Old Trafford on Thursday night.

The sides traded early goals in the first half, with Bruno Fernandes scoring for the hosts before Lorenzo Pellegrini converted his spot kick for Roma on 15 minutes following a hand ball in the area by Paul Pogba.

Pellegrini then set up Edin Dzeko to put Roma in front as the half wore on, the former Man City striker poking home from close range after some tidy buildup play as the Serie A side took a one-goal lead into the dressing room.

Roma coach Paulo Fonseca’s inability to freshen up his side from the bench in the second half proved decisive, however, as they wilted in the face of a determined United.

Man United drew level early in the second half with a sublime finish from Edinson Cavani, the Uruguay international lashing an unstoppable first-time shot from a Fernandes assist past Pau Lopez in the Roma goal.

Cavani then put United in the lead just past 60 minutes when he was able to pounce on a rebound from Aaron Wan-Bissaka’s saved effort and poke the ball into the net for the 3-2 lead.

Former Man United player Chris Smalling conceded a penalty for a foul on Cavani shortly after the hosts took the lead and Fernandes easily dispatched his kick from the spot to double his team’s lead.

Pogba’s glancing header following a corner kick extended Man United’s lead to three goals, effectively killing off the tie barring something unbelievable in the second leg in Rome on May 6. 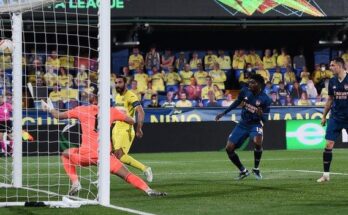 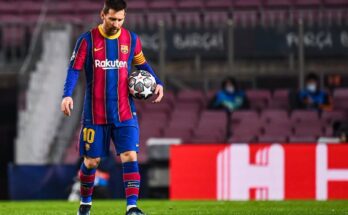 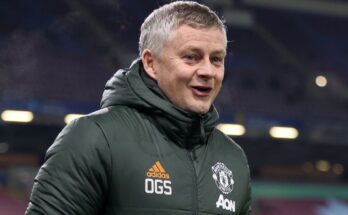