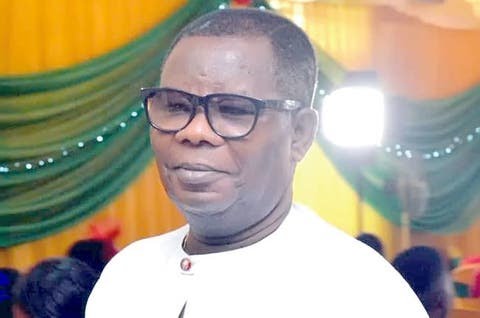 A new movie Produced by Rotimi Adeola, a former Secretary to the Info State Government (SSG) under Governor Olusegun Mimiko between 2007 and 2017 will hit the Cinemas very soon. ‘

The movie directed by a man with a midas touch, Adebayo Tijani is said to be a ‘political thriller that would fit into African setting in today’s politics as we practised it.

The producer has this to say in his interview with the Nigerian Tribune on Saturday, March 20, 2021,

‘”The New Patriots’ is a political thriller. It is set in a fictional tiny African country called the Republic of Aruguna. The movie is an adaptation of a novel titled “Patriots and Sinners” by Nnenna Ihebom. ‘The New Patriots’ is a primer for youths on their relationships with career politicians; and it is also crafted to procreate positive changes in the attitudes, values and electioneering behaviour of politicians.”

How come the movie has been selected for about four international film festivals even before its release to the cinema?

‘”The New Patriots’ parades top grade and popular actors like Akin Lewis, Dele Odule, Bimbo Oshin, Taiwo Ibikunle, Lateef Adedimeji, Bimpe Oyebade, Bimbo Sunday, Damipe Adekoya, Motilola Adekunle, Jibola Soyele, Kemi Isijola, among other trained actors. Experienced Adebayo Tijani directed the movie and was assisted by Terry Ayebo. The relevance of the story to a developing nation, the quality of acting as well as the quality of the production must have informed the selection of ‘The New Patriots’ for four international film festivals.”

READ ALSO:. AC Milan Could Have Won The Serie A, If They Had Signed Me Earlier &#8211; Zlatan Ibrahimovic

The movie will also be out in the cinemas a day to this year’s Democracy Day, what is its (The New Patriots) significance to Nigeria’s Democracy?

“In my opinion, two main issues bedevil Nigeria: inappropriate political structure and fraudulent elections. If successive elections had been credible, perhaps the clamour for restructuring would have been less vociferous. Free, fair, non-violent and non-vote-buying elections, as exemplified by the June 12 election, would have allowed competent, intellectually mobile and transformational leaders to emerge at all levels for genuine work of nation-building.”

“The June 12 election is described as a watershed in the history of electioneering and election management because there were no cases of manipulation of youths by career politicians to commit electoral crimes. The lessons encapsulated in ‘The New Patriots’, if absorbed, would generate phenomenal changes in the attitude, values and behaviour of the youths, incumbent governments and politicians. This, in turn, would propel opportunities for other elections, analogous to June 12 election, to occur in Nigeria in the short term. However, this is without prejudice to the clamour for true federalism.”

What do you think is the future of filmmaking in Nigeria and Africa at large?

“Filmmaking means education and entertainment, and these are trillion naira endeavours all over the world. The future is very bright for the film industry in Nigeria if genuine investors activate interest in the sector. As the future unfolds, however, opportunities will dim for illiterate actors and crew members. Therefore, whoever wants to operate gainfully in this multi-trillion naira sector must be educated, trained and retrained.” 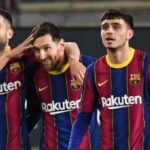 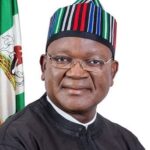