One lottery Agent, known as Baba Pool, has on Thursday committed suicide over his inability to pay two of his customers their winnings. It was gathered that the Baba Pool hanged himself inside his shop in the Sabo area of Lagos State.

It was also gathered that the deceased, in a suicide note, blamed two people for his death.

He wrote, “For your information, Bourney and Osuma. Two of them kill me. A killer must surely die.”

The deceased pasted the note at three strategic locations in the market before he hung himself. 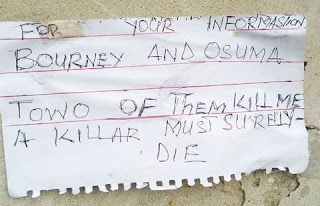 SEE ALSO: We Have Been Fooled! PDP Provided Us With The Information That Disqualified Obaseki – Oshiohmole Laments SEE MORE

She said, “I was called around 8am to come to the market because Baba Pool had committed suicide.  I called the owner of the shop to join me in the market, but he said he was far away.

“When I got to the market, I was told what happened and not long after, the police came to interrogate us and we took them to the scene.

The state Police PRO, Bala Elkana, affirmed the pathetic incident, saying that the two persons mentioned in deceased notes have been brought in for questioning.

He said, “We received a report about a 70-year-old who committed suicide in the market. The man accused one 85-year-old man and another man.  He left a note that those two people were responsible for his death; we want to look at the extent of their culpability. We have commenced investigation on the role they might have played and on why he accused them.” 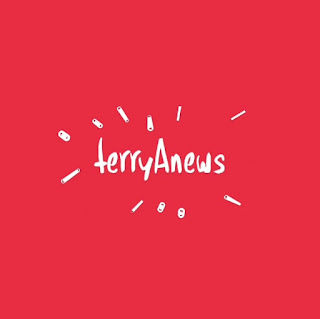