Previous Next
Abass Mohammed and a Bureau De Change operator, Ibrahim Saidu Jogal, hacked into the Flexcube database of Union Bank and defrauded the bank of N2,550,000,000. The duo and their acquaintances have been convicted, thanks to the tireless efforts of the Economic Financial Crimes Commission EFCC. 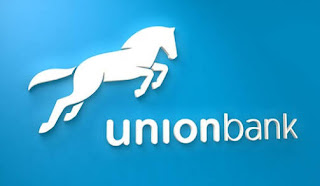 {Photo Credit: Google}
The EFCC received an alleged petition that confirmed that confirmed that fraudsters have hacked into Union bank’s database and channelled away the N2.55 Billion Naira.
EFCC revealed that accounts of workers of BDC operators was used to move the money.
Notable account holders involved are; Jaxmine BDC, Gona BDC, and Great Well Communications.
It was further disclosed that Lawal Ubah, a signatory to the company’s account gave out the account details to one Salisu Liman aka Zico, who was the main hacker. Zico, the hacker was linked to Lawal Ubah through the help of Muhammed.
The sum of N450m was then credited into the account.
Subsequently, the sum of N79m was transferred from the account of Jaxmine BDC into the account of Digare BDC owned by Jogal for the purpose of buying $500,000.
Further investigations revealed that Jogal only paid $80,000 to Mohammed and kept the balance of $420,000.
Jogal, investigations also revealed, said that he got information that the money was not genuine but fraudulent, thereby prompting Mohammed to open up to him that the money was stolen.
They were arraigned before Justice K.A. Jose of the High Court sitting in Igbosere, Lagos, on three count charge bordering on conspiracy, retention and use of proceeds of criminal conduct contrary to Section 331(1)(b) of the Criminal Laws No. 11, Vol 44 of Lagos State 2011.
They pleaded “not guilty” to the charges, paving the way for the commencement of their trial.
In proving its case against them, the EFCC presented three witnesses – Vincent Agwu, a Union Bank official, and two investigators, Joseph Nkeson and Aliyu Abubakar.
EFCC also tendered several documented evidence gotten through the help of Union Bank to help convict the fraudsters.
Delivering judgment, Justice Jose found the defendants guilty on counts two and three and discharged them on count one, which bordered on conspiracy to defraud.
Mohammed was sentenced to a term of one year in prison.
The trial judge further ordered that the sum of $44,000 recovered from him by the EFCC should be handed over to Union Bank, and his car be sold and the proceeds handed over to Union bank.
Justice Jose observed that Jogal showed no contrition and failed to pay back a substantial sum of the money traced to him.
Jogal was sentenced to a term of three years and ordered to return the sum of $440,000 to Union Bank.
The judge also ordered that his property whose title documents he gave to the commission, should be sold and the proceeds handed over to the bank.
www.terryanews.com
(c) July 2020