Fans have thanked German referee, Marco Fritz, for saving Nigerian forward Taiwo Awoniyi, who suffered concussion in Mainz’s 1-0 loss to Augsburg in the Bundesliga on Sunday, The PUNCH reports. 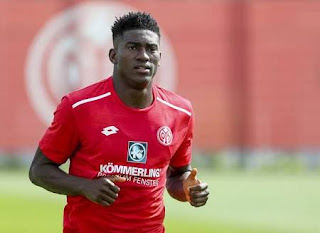 Fritz prevented Awoniyi from swallowing his tongue after the Nigerian was involved in a collision of heads with Augsburg’s defender, Felix Uduokhai.

Awoniyi was subsequently rushed to the hospital, after which the club confirmed he was recovering

The Nigerian also thanked fans on his Instagram story Monday morning, saying he was getting better.

“Thanks for all the message and well wishes. Felt much better and doing okay. Above all, glory to God,” he wrote.

The Nigerian striker added on Mainz’s website, “The last thing I can remember from this scene is how I hit the ball with my head, then I passed out. It was difficult for me on the field to regain consciousness and was really awake. And it also took a little while before I could remember everything. But I feel much better now.

“I would like to praise our medical department at Mainz 05 and Mainz University Medical Center. They looked after me very well. And I thank the dear God who protected me in this situation and made everything possible for me anyway. Unfortunately I will not be able to help my team on the pitch in Dortmund, but I will support them as much as I can. Together we will give everything for the fans and secure relegation, I’m sure of that!” 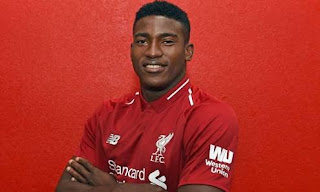 The actions of the referee did not, however, go unnoticed from fans, who praised him for saving Awoniyi’s life.

So take a look at professionalism… The referee stopped the game and saved Taiwo Awoniyi’s life in the German Bundesliga. Compare that to what happened to Chineme Martins of Nasarawa United FC in the NPFL…sad,” David Doherty tweeted.

Olaleye Dada added, “This referee deserves to be honoured by the Bundesliga, UEFA and FIFA for helping Awoniyi. God bless him. Seeing this in the midst of the racist acts and #BlackLivesMatter protests going on in different parts of the world shows there’s hope.”

This was also corroborated by Fatai Olajide.

“Thank God this referee is not the racist type Taiwo Awoniyi would have been dead,” he tweeted.

“The referee that saved Awoniyi’s life yesterday is just an angel. That head collision could have killed him but the referee’s swift response saved his life,” @alaska_becky also added.

“A quick reaction from the referee saved the life of Nigerian international Taiwo Awoniyi after he suffered a concussion in his collision with Felix Uduokhai of Augsburg. Not all heroes wear the Super Man custom,” @iam_DLH added.