The Court of Appeal sitting in Abuja has upheld the suspension of Adams Oshiomole as member and the National Chairman of the All Progressives Congress APC. 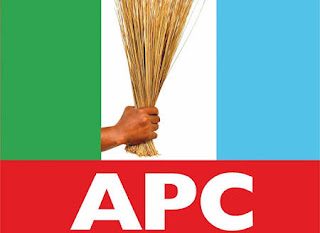 Oshiomole had approached the court after a Federal High Court sitting in Abuja suspended him from office following a suit filed by some members of his party from Edo state.

Recall that on March 4, Justice Danlami Senchi of an Abuja High Court sitting in Jabi, suspended Adams Oshiomhole as National Chairman of the All Progressives Congress, APC. The suspension order was granted following a suit brought before the court by some APC members in Edo state who argued that Oshiomole cannot continue to enjoy the rights and privileges of the party since he has been suspended in his ward in his home state. The presiding judge, Justice Senchi held that the party wrongfully kept Oshiomhole as the national chairman of the party despite his suspension from his ward.  The judge ordered that Mr Oshiomole should stop parading himself as the chairman of the APC.

Shortly after the ruling, Oshiomole approached the appeal court for redress.

However, in a unanimous judgment delivered today June 16, the three-man panel of the Court of Appeal led by Justice Eunice Onyemanam, affirmed the order of Oshiomole’s suspension that was issued by the High Court Abuja on March 4, 2020.

Justice Onyemanam held that the FCT High Court had territorial jurisdiction to have entertained the suit as it did. The court in its ruling, withdrew Oshiomole’s rights and privileges as the National Chairman of the party including his security details.

According to the court, the suspension of Oshiomole from ward 10 of Etsako local government was ratified at the ward, local and state level as required by law and the identity of those who suspended him was not in doubt.

Oshiomole and the Edo state governor, Godwin Obaseki, have been at loggerheads over who is to dictate the affairs of the party in the state. The political difference between both men took a different turn today as Obaseki official announced his resignation from the party.

Oshiomole emerged chairman of the ruling party in June 2018.