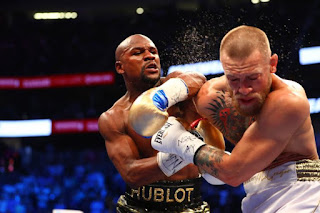 Floyd Mayweather has sent a warning to Conor McGregor while reacting to his shock retirement.
The UFC star announced his retirement from the sport on Sunday, thanking his fans for their support in an emotional message. He later shared a picture of a cake from his children, which read, “Happy Retirement Daddy.” 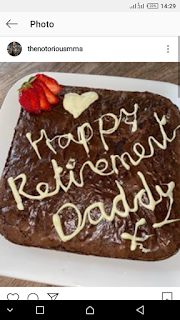 Back in 2017, he fought Mayweather and was stopped in the 10th round in Las Vegas. He later claimed he could win a rematch in a recent chat with boxing legend, Mike Tyson.
Replying to McGregor’s retirement post on Instagram, Mayweather wrote:
“If I’m not mistaken, didn’t you tell Mike Tyson you could beat me if we fought a second time? Now you’re quitting! I thought you wanted to beat the best? Well, if you decide to come back, I will be waiting to punish you again.”