Previous Next
According to a newspost on SaharaReporters, monitored by www.terryanews.com. 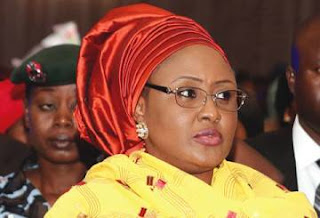 The  last has not been heard of the crisis in  Aso Villa, Nigeria’s seat of power in Abuja, as aides and close individuals to President Muhammadu Buhari launch a massive offensive against his wife and First Lady of the country, Aisha.
Aisha incurred the wrath of the ‘cabal’, a group of powerful and almost untouchable individuals around Buhari, after her Aide De Camp and other security details forced her husband’s Personal Assistant, Saibu ‘Tunde’ Yusuf out of Aso Villa on Thursday after he refused to embark on a 14-day isolation period after a trip from Lagos.
Yusuf, according to findings by SaharaReporters was thoroughly beaten by the Guards Commander of Mrs Buhari after he refused to quarantine upon returning from Lagos in company with five women. 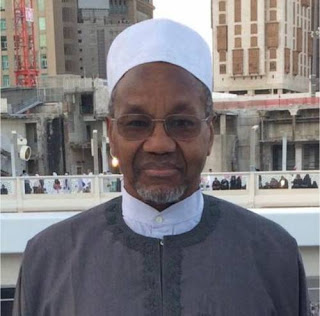 He was said to have escaped into the apartment of Mamman Daura, Buhari’s nephew, around the Villa and had remained there ever since.
Sabiu ‘Tunde’ Yusuf; President Buhari and; Aisha Buhari
Angered by the situation, it was gathered that Daura, Yusuf and other powerful individuals around Buhari had initiated several meetings to get back at Aisha, whom they consider to be blocking their plans in the Villa.
This is after Yusuf and Buhari’s Chief Security Officer had ordered the arrest of Aisha’s ADC and other security details.
A top Presidency source, who confirmed the latest development to SaharaReporters on Saturday, said, “The case has now escalated to a power tussle between remnants of the cabal including Mamman Daura, Isa Funtua, and Tunde Sabiu.
“Tunde was thoroughly beaten by the Guards Commander of Mrs Buhari after he refused to quarantine upon returning from Lagos with women. Tunde claims his trip was to visit his wife, daughter of NIMASA DG, who just delivered a baby. He reportedly secured special landing rights at the Lagos Airport from Hadi Sirika, Minister of Aviation.
“Upon being beaten, he scaled the fence and ended in the residence of Daura, who now lives on the periphery of the Aso Rock Villa having been driven out of the Glass House within the Villa by Aisha last year.
“Daura then summoned Isa Funtua to a meeting to discuss next steps on how to deal with Aisha’s latest excesses.
“They contacted the IG of police, who initially declined, asking that the issue be handled by Villa officials, but he was warned to order the arrest of Aisha ADC, a formerly with Kogi State governor, Yahaya Bello. The ADC was seen to be powerful because he knew the secrets of the cabal and was said to help Bello move cash to the cabal while he was there in Kogi. He also had a reputation for being ruthless as Bello’s ADC.
“When Buhari was informed, he asked that an investigation be done but it is believed that Buhari is in a state of dementia and most times don’t even remember the instructions passed out and the cabal around him capitalizes on this to commit atrocities and massive corruption.
“Tunde has remained in Mamman Daura’s house refusing to enter isolation as directed by Aisha, while the ADC to Mrs Buhari and other aides remain in detention at the FCT command.
“Isa Funtua and Daura are asking the IG of Police to prosecute the ADC for some murders he reportedly carried out in Kogi as ADC to Yahaya Bello as a way of getting rid of him.
“Meanwhile, another scandal is brewing around Tunde, he was illegally recruited into the National Intelligence Agency but did not attend the compulsory training for cadets. He is looking into a future where he can be sent out of Nigeria as soon as Buhari’s regime is over as a way of covering up his massive wealth.
“Also, Daura cannot bear having Yusuf out of the Villa for even one week because of how he protects his numerous deals.”
Though Mrs Bihari had called on the Inspector-General of Police to release her security details, they remain in custody till this time.
Source: SaharaReporters
www.terryanews.com
(c) June 2020