Former Chelsea goalkeeper Petr Cech has returned to the club as technical and performance advisor. 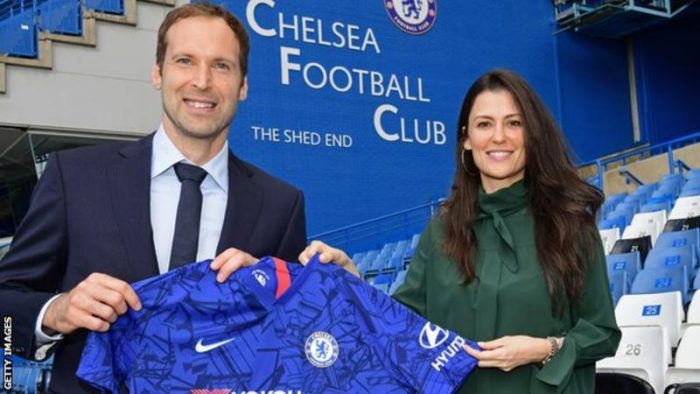 Cech, 37, spent 11 years as a player at Stamford Bridge, winning 13 trophies, including four Premier League titles and the Champions League.

He joined London rivals Arsenal in 2015 and retired after their Europa League final defeat by the Blues in May.

Chelsea said the former Czech Republic international will “provide advice on all football and performance matters”.

Cech will also “facilitate strong links” between the academy and first team.

“I feel very privileged to have this opportunity to join Chelsea again and help create the best possible high-level performance environment to continue the success the club has had over the past 15 years,” said Cech, who will work closely with Blues director Marina Granovskaia.

“I’m looking forward to the new challenge and hope I can use all of my football knowledge and experience to help the team achieve even more success in the future.”