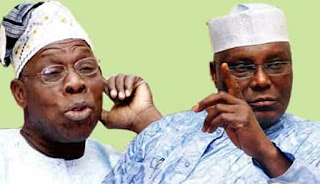 This the origin of how former President Olusegun Obasanjo said he will continue to criticise the incumbent President Muhammadu Buhari administration has come out.

He made the statement in Abeokuta in Ogun State at a public lecture organized to mark his 82nd birthday at the Olusegun Obasanjo Presidential Library (OOPL).
READ ALSO:   UPDATE! APC Senator Elect Who Slept With Top Politician&#8217;s Wife Finally Reveals The Truth About The Incident
The event featured a public lecture, titled ‘Colonialism, Apartheid, Freedom and South Africa Rising’, delivered by Prince Mangosuthu Buthelezi (MP), President of the Inkatha Freedom Party (IFP) in South Africa.
After Oba Adedotun Gbadebo, the Alake of Egbaland, appealed to Obasanjo to reduce his criticism of Buhari, his boss, Obasanjo responded that we wouldn’t stop as he was also Buhari’s boss.
Oba Gbadebo had said:

“You all know that I was an officer under General Buhari so each time Obasanjo criticises my boss, I always stand to say my senior, please leave the President alone! At 82, Baba is still fighting on, please fight less and be a consultant to everybody.”

READ ALSO:   JUNGLE JUSTICE: This Lady Was Accused Of Stealing Manhood And Was Burnt To Death In Osun &#8230;. Real Story Will Make You Shed Tears!!
However, in response, Obasanjo told the traditional ruler to advise Buhari to govern the country right.

“I believe that Africa has no alternative to democracy, good governance and development, growth and progress of our economy. We have none and if that is not happening in any country, those who keep quiet about it are accomplices to the crime,” he said.

“You see, in a democracy, you criticise a policy of government because it is not a family affair. Even if it is my brother that is there and he is not doing what I think he should do, he must be criticised. That is what democracy is all about: criticisms; saying the other side.

“So, if I say anybody in government in Nigeria or any government for that matter is not doing well, let that government prove that he is doing well. So, Kabiyesi, your boss, Buhari; there is nothing personal between me and him. Just as he is your boss, I am also his boss with due respect.

“The point is that I have been in that position longer than any Nigerian could ever be there. That is the truth because if any Nigerian comes in now and have two terms, he will not have almost four (4) years of military rule.

“I have been there longer than any Nigerian will ever be there. So, when I say something, I know what I am talking about. So, Kabiyesi, anytime you say ‘leave my boss alone’, I agree, he is your boss, but I am also his boss. So, you might also ask your boss to leave his boss alone or do what is right that his boss wants him to do.”