The raging crisis in Oyo State APC is far from being over, a faction of the party in the state, APC Reformer has urged President Muhammadu Buhari not to consider Governor Abiola Ajimobi for any Federal appointment. 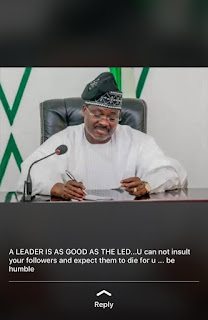