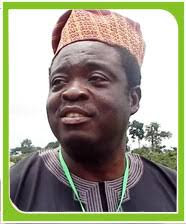 The Federal College of Agriculture, Akure, Ondo State said it granted loans to 1000 students of the institution to start agriculture business while on campus, as part of the ways to encourage youths in agriculture.
The Provost of the institution, Dr. Samson Odedina stated this at the maiden edition public lecture and launching of Edulite Magazine, organised by the Student Union Government of the college.
The public lecture, which was titled, Agriculture and Education: A catalyst for national development, was delivered by a professor of agriculture from the Federal University of Agriculture, Abeokuta, Kolawole Adebayo.
Odedina said there was a need for all major stakeholders to make agriculture attractive to the youths in the country in order to end the problem of graduate unemployment.
He said, ” Our philosophy in this school is that the students must be able to key into profitable agricultural value chain opportunity, making money while they are in school and when they achieve success in this, credible people all over the world will start coming with their own ideas and credit to partner with the students.”
The provost also disclosed that many organisations had shown interest in partnering the students of the college in the area of agriculture.
“If these students are not doing well in agriculture, no other youths will come near the agriculture, that is why we give our students proper training because they are our pilot success story, ” the don stated.